Speakers’ biographies: “Trust in media: Photojournalism in the digital age”


On 25 and 26 October 2021, the European Federation of Journalists (EFJ) is holding a series of webinars “Trust in media: Photojournalism in the digital age“. Distinguished speakers will discuss the role of photojournalists and the challenges they face in a changing environment and how risks to health and safety can be mitigated. Below, the short bios and photos of the panelists. 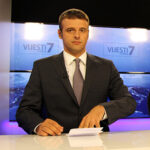 Radomir Krackovic graduated from the Faculty of Political Sciences in Podgorica, the department of Journalism. He has worked as a journalist and editor at the news program at Television Montena and Television Vijesti. He also worked as a journalist at Television IN. He is currently the Vice-president of the Trade Union of Media of Montenegro and president of the Trade Union of TV Vijesti. (Photo credits: Sindikat Medija)

Lars Boering is the Director of the European Journalism Centre and is founder of Tirggertale.com, a platform for visual communication and storytelling. He has been actively involved with photography for several years. From 2015 till 2021 he led World Press Photo Foundation and has transformed it into an organization that is more than a contest focussing now on inclusivity and visual journalism. He is an outspoken advocate for a more inclusive photoworld and does not shy away from making statements on it. As an advisor on journalism, photography, a teacher, collector and consultant he is working together with several professional partners actively involved in the creative industries. Together they add different opinions on and solutions to the projects and brands they work on. (Photo credits: Rahi Rezvani)

Anna Gordon is a London based photojournalist and portrait photographer. She has worked in the photography industry for last 20 years. She started out by spending a year in South and Central American taking photographs on transparency film and sending them back to an Image library in the UK after returning to the UK she got a job at group of local newspapers in North London where she trained and worked as a press photographer.  For the last 18 years she has been working as a freelance photographer. Regularly working for a number of high profile clients including the Financial Times, The BBC and The Guardian as well as the charities ,Save the Children and the British Red Cross.

Markus Pentikäinen is a freelance photojournalist and lecturer working in Helsinki, Finland. He has got a degree in photojournalism from Lahti Institute of Design. He’s been working for traditional Finnish weekly news magazine Suomen Kuvalehti as a photographer and photo editor for almost 20 years. His current clients include also many other news outlets alongside commercial clients. Pentikäinen is also regularly teaching and speaking in Finnish journalism-related schools and seminars.

Sitara Thalia Ambrosio works as a freelance photographer and multimedia journalist. Her work currently focuses on migration, human rights and the issue of climate change. Her work can be found in newspapers like “Neues Deutschland” and “Missy Magazin”. Some of her projects are self-published. She integrates parts of her work into educational work in the form of multimedia presentations. 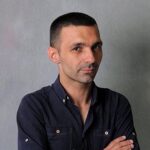 Boris Pejovic gained his first experience in journalistic photography in an independent daily newspaper “Vijesti”, and later worked for “Republika”. In 2005, he cooperated with the German Press Agency, for which he still works today. He also worked for Monitor, the Serbian news agency “Fonet”, and the monthly “Croatian Messenger”. He is currently employed at the independent daily newspaper “Vijesti”. He collaborated with many Montenegrin and regional newspapers, magazines and portals. His photos have been used in many advertising and political campaigns through cooperation with political parties, the non-governmental sector and businesses. He is awarded with the “Gušter Pen” for 2009, which is award for a special contribution to freedom of speech, opinion and media in the territory of the former Yugoslavia. (Photo credits: Sindikat Medija) 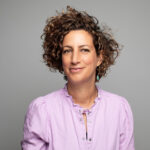 Milen van Boldrik is an experienced union representative specialised in the mechanisms that form the labor market. At the NVJ she represents the freelance photojournalist and is involved since 2019 in the ongoing campaign to get photojournalists a fair pay for their work. 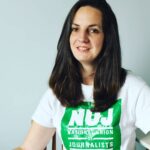 Dr. Natasha Hirst is a freelance photojournalist based in Wales, UK. She is the Vice President of the National Union of Journalists (UK and Ireland) and chairs the NUJ Photographers’ Council and Equality Council. She is also one of the leaders of the Women Photograph London chapter.