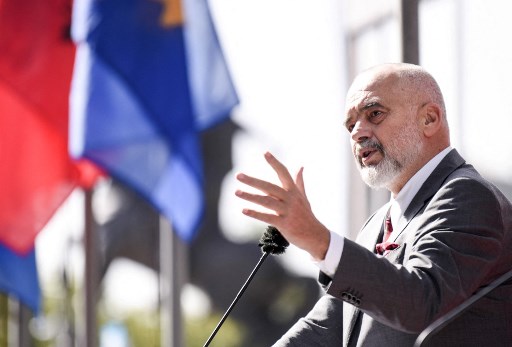 
The undersigned partners of the Media Freedom Rapid Response (MFRR) today express serious concern over a new Media and Information Agency (MIA) established by the government of Prime Minister Edi Rama in Albania and urge the ruling Socialist Party to immediately cancel its establishment to ensure it will not be used to further solidify control over the flow of public information. We also urge the European Union to immediately engage with the Albanian government to raise these concerns as a matter of priority in future accession talks.

Plans for the new agency, announced during the first session of the new parliament on September 18, would centralise control over the government’s public relations within a single entity. Under new rules, spokespersons at ministries and government departments will be prohibited from talking to the media directly and public information or comment will have to be approved by the MIA’s director general, who will be appointed directly by the Prime Minister and hold a status equal to that of a government minister.

The director general will have the power to appoint and dismiss spokespersons in every ministry, as well as approve their public appearances or interviews. The MIA will also decide on journalists’ requests for interviews and organise the press conferences of the Prime Minister and other ministers. In addition, the MIA will conduct monitoring of both the press and social media to track public opinion of government activities.

The government has said the new agency, which will be financed from the state budget and unspecified “donations”, will increase transparency and unify messaging across different ministries. However, our organisations share the concerns expressed by various leading editors-in-chief, civil society groups and media unions in Albania that rather than improve journalists’ access to public information, the establishment of the MIA may result in the exact opposite.

Context is vital here. Journalists in Albania currently work in an extremely difficult climate for accessing information from government sources. The government communicates with journalists via WhatsApp groups instead of using official channels. Reporters working for independent media are regularly discriminated against when seeking information or comment from ministers. Journalists viewed as representing “opposition” outlets are denied accreditation or barred from asking questions at press conferences. Those who seek comment from officials in person sometimes face hostility and obstruction. Official Freedom of Information requests regularly go unanswered and appeals through the Information Commissioner can be lengthy, with rulings often ignored outright.

At the same time, the Prime Minister shuns press conferences and instead relies on his own TV station ERTV to create and distribute sound bites and pre-edited video clips to the press. Interviews are given to selected journalists, shielding the PM and other ministers from facing challenging questions. Under the Socialist Party, other state institutions have emulated this model and now send out pre-prepared news packages to private TV stations and newspapers. The result is that across all levels of government, journalists face significant barriers in posing questions or properly scrutinising ministries. Against this backdrop, further solidification of government control over the flow of information by a single entity risks turning what is already a drip feed of information to journalists into a desert.

The level of influence the government and the Prime Minister himself will wield over the agency is a key concern. Media reports have already suggested that Endri Fuga, a close ally of the PM who spearheaded his public relations for the last eight years, has already secured the role of director general. His appointment would mirror that of another key ally, Ermela Krasniqi, to head the country’s Audiovisual Media Authority (AMA). This selective placement of two loyalists to lead institutions overseeing the regulation of media raises serious questions over their independence and impartiality and violates international standards.

Meanwhile, the oversized ability of the director general to hire and fire spokespersons – previously the responsibility of individual ministries – also poses questions over accountability and transparency. We are concerned that the MIA’s bilateral agreement with the public broadcaster Albanian Radio-Television (RTSH), which has operated without a director general for more than seven months now, may open the door to increased influence over its coverage. Likewise, plans for the MIA to distribute its own content about government activities in the manner of a state press agency raises additional concern over political influence and lack of impartiality. Following major revelations about the collection of citizen’s data by political parties via state institutions, the notion of tax-payer money being used to fund the monitoring of the press and social media by a government agency also sets alarm bells ringing.

In the longer term, this agency ultimately risks being a powerful tool for any government current or future to control the flow of public information to the media and to influence what citizens read, hear and watch. The role of journalists is to act as a filter between government and citizens. Limiting their ability to do so by constraining opportunities to question officials and side-lining critical journalists severely limits the ability of the press to do its job and hold power to account.

With the freedom of the media a cornerstone of Albania’s accession to the EU, it is vital that the EU mission in Tirana and the EU Commissioner for Neighbourhood and Enlargement Oliver Varhelyi immediately respond to this latest development and address the concerns raised by our organisations and others. Until greater safeguards can be established to ensure the MIA operates in a fair and transparent manner, we urge the government to cancel its establishment pending consultation with national and international journalist groups.