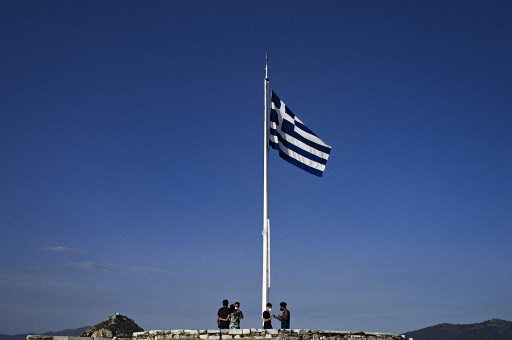 
The European Federation of Journalists today joined its partners of the Media Freedom Rapid Response (MFRR) in urging the Greek government to withdraw proposed amendments which would introduce fines and jail sentences for journalists found guilty of publishing “false news”. We believe the draft law’s vague definition and punitive sanctions would undermine the freedom of the press and have a chilling effect at a time when independent journalism is already under pressure in Greece.

The proposed amendments to Article 191 of the Civil Code, brought forward by the Ministry of Justice, would include penalties for those found guilty of disseminating “false news that is capable of causing concern or fear to the public or undermining public confidence in the national economy, the country’s defense capacity or public health”. It adds: “If the transaction was performed repeatedly through the press or online, the perpetrator is punished with imprisonment of at least six months and a fine”. The publisher or owner of a media outlet responsible would also face prison and financial penalties.

Our organisations understand the serious threat that misinformation poses to Greek society and other states around the world. Globally, online falsehoods and conspiracy theories are distorting reality, undermining democracy and jeopardising the fight against the Covid-19 pandemic. Social media companies, individual citizens and governments themselves all have a role to play in countering the spread of harmful misinformation online.

However, the passing of heavy-handed legislation by governments which grants regulators or prosecutors the power to decide true from false and levy punitive fines on the press is not the correct response and would result in more harm than good. As we have seen around the globe, subjective interpretation of such vaguely worded laws can open the door to censorship of legitimate reporting. Media in Greece already face threats from abusive litigation and jail sentences for criminal defamation. Strengthening Article 191 would only create an additional avenue for journalists to face prosecution and jail time. Even when not applied directly, the potential for self-censorship under such legislation is enormous.

Like other similar legislative proposals around the world, the amendment contains no clear definition of “false news”. The term is ambiguously defined, broadly applicable and open to misuse. Particularly problematic is the sanctioning of reports “capable of causing concern” or which “undermines public confidence” in state authorities. Journalism which holds power to account naturally shakes the public’s trust in government, just as investigative reporting causes legitimate public concern or anger. Under such a vaguely worded law, this kind of vital watchdog journalism could be targeted by political leaders intent on limiting criticism of their policies. Journalistic unions in Greece have rightly criticised the amendment, warning it could lead to journalists being jailed or fined for reporting on issues such as the pandemic.

Rather than improving the existing Article 191 of the Criminal Code, which is already problematic, the government of Prime Minister Kyriakos Mitsotakis would take a major step backwards if this law were eventually passed and send a worrying signal about the administration’s commitment to media freedom. Within the European Union, similar knee-jerk reactions to tackling misinformation during the pandemic were attempted in Romania and Bulgaria: both were either vetoed or withdrawn after staunch criticism from EU institutions. The only country to press ahead was Hungary, which criminalised the spread of misinformation deemed to undermine the authorities’ fight against Covid-19 with fines and prison sentences.

We urge the Greek Ministry of Justice to withdraw the amendment immediately and, should the government decide to press ahead, call on lawmakers to reject the proposal. In an era where politicians increasingly accuse critical journalism of being “fake news”, in the wrong hands such a law would be extremely dangerous. The Ministry of Justice should meet with Greece’s journalist unions and international media freedom organisations to listen to their concerns. Ultimately, the best way to address misinformation is not through government regulation. Rather, what is needed is a strong, professional, pluralist and independent press which can provide the public with reliable sources of information. If the Greek government is serious about tackling the spread of false information, initiatives to protect the safety of (investigative) journalists, develop media literacy and ensure a strong and vibrant media market with a high degree of pluralism are far better places to start.