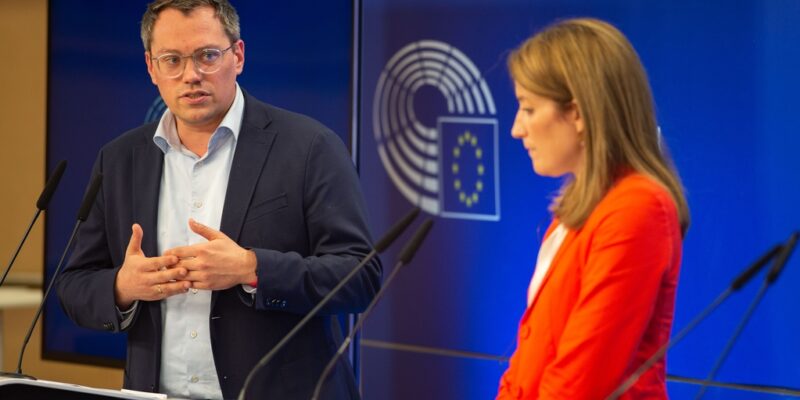 The European Parliament adopted by a large majority a report on the use of SLAPPs (Strategic Lawsuits Against Public Participation) against journalists in the European Union at the plenary session on 11 November 2021. The European Federation of Journalists (EFJ) welcomed an ambitious text which recognises the magnitude of the problem, its detrimental impact on democracy and proposes a comprehensive set of measures to address it.

With 444 votes in favour, 48 against, and 75 abstentions, MEPs took a step forward towards better protection of journalists by adopting a report on the increasing use of abusive lawsuits whose aim is to drain the target’s financial and psychological resources and chill critical voices.

Drafted by two rapporteurs Roberta Metsola (Malta, EPP) and Tiemo Wölken (Germany, S&D), the report defines SLAPPs as “lawsuits that lack any legal merit, are manifestly unfounded, exhibit an imbalance of power and the abuse of rights or of process by the plaintiff making excessive claims” and therefore using the judicial process for silencing critical voices.

The report is calling on the European Commission to put forward legislative measures including:

The report also includes complementary soft law measures, such as training of judges, a fund to help SLAPP victims and their family, support for media self-regulatory bodies and an assistance hotline for first aid, legal aid, financial and psychological support.

“Today we see a strong and united European Parliament. This institution is sending a clear message, the clearest of messages, that we stand behind a Europe that not only believes in, but fights to guarantee the freedom of the press and the protection of journalists. We now have a blueprint for how we can guarantee a safe place for journalists to do their job,” said EP Vice-President and co-rapporteur Roberta Metsola during a press conference.

Co-rapporteur Tiemo Wölken said: “We cannot stand by and watch as the rule of law is increasingly threatened, and the freedoms of expression, information and association are undermined. It is our duty to protect journalists, NGOs and civil society organisations reporting on matters of public interest. Our courts should never be a playground for rich and powerful individuals, companies or politicians, nor should they be overloaded or abused for personal gain.”

Currently, no EU member state has adopted targeted rules that specifically protect against SLAPP suits, although the practice is widespread in many European countries including in Croatia, France, Italy,Poland, Malta.

“The report adopted yesterday is a good step forward. The European Commission must now present a legislative proposal that recognises the democratic challenge of SLAPPs and tackles the problem head on. It is a question of protecting freedom of expression within the European Union and we expect a strong political commitment from the Commission,” reacted EFJ General Secretary Ricardo Gutiérrez.