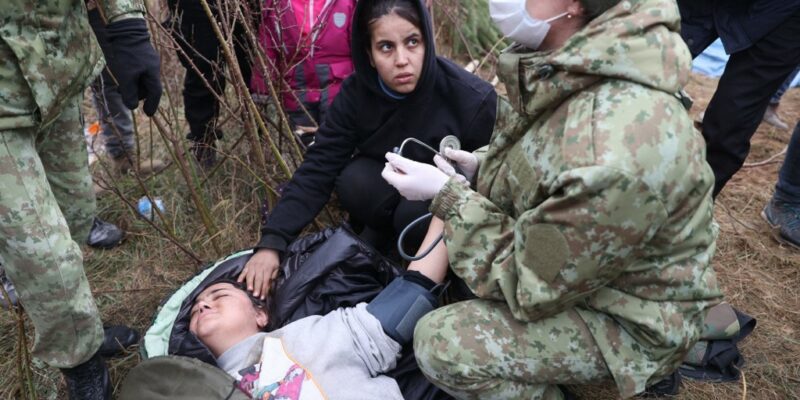 
In September, Poland’s president Andrzej Duda, at the request of the government and with the approval of the Polish parliament, introduced a state of emergency along the country’s border with Belarus, amid a surge in crossings by migrants, refugees and asylum seekers. That included a ban on non-resident civilians, including journalists, from entering the area. The measures, which were initially in place for a month, were later extended until December. As a consequence, the public opinion has been left relying on information provided by the Belarusian dictatorship, which is orchestrating the crisis, and the Polish authorities. The European Federation of Journalists (EFJ) strongly calls on Polish authorities to let the reporters return.

On 2 September, Andrzej Duda issued a decree introducing a state of emergency along Poland’s border with Belarus at the request of the government. The President’s decision was approved on 6 September by parliament.

The decree prohibits capturing images of the border area and infrastructure therein, as well as recording border guards, police and the military. It restricts freedom of information on activities which are undertaken “in relation to safeguarding the state border or preventing illegal migration”.

“These measures are disproportionate,” reacted EFJ General Secretary Ricardo Gutiérrez. “You don’t fight Belarusian disinformation with censorship. On the contrary, journalists should be allowed to document the situation as it is. We cannot accept that a government should encourage this kind of ban on journalistic coverage as soon as a sensitive situation arises! We believe that the state of emergency was introduced mainly to prevent the public from witnessing questionable activities along the country’s border with Belarus. Critics have accused the Polish authorities of violating international law by pushing asylum seekers back across the border.”

An investigation by NGO Amnesty International found that at one stage Afghan refugees had entered Polish territory. The report said they had been “unlawfully returned” over the border by Poland.

“We demand the lifting of the ban on journalists,” added Ricardo Gutiérrez. “What are the Polish authorities afraid of? Light must be shed on what is happening at the border.”

Poland's PM @MorawieckiM said during a presser with @eucopresident that the presence of media at the border intensifies provocations, as they are "susceptible to the influence of Belarusian and Russian fake news." For 2 months no journalists have been allowed into the border zone