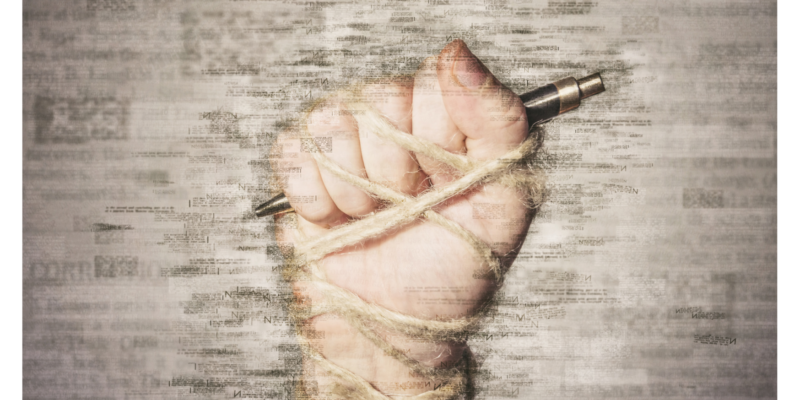 
The European Federation of Journalists (EFJ) joined partners of the Media Freedom Rapid Response (MFRR) today in urging the Greek government to immediately provide clarity over allegations that a state intelligence agency conducted surveillance on journalist Stavros Malichudis and the investigative media organisation Solomon, which focuses on refugees and migration in Greece.

The revelationspublished by Greek newspaper Efimerida ton Syntakton (EFSYN), which indicated the government’s National Intelligence Service (EYP) had secretly been conducting monitoring of Malichudis, pose serious questions over journalistic source protection and the right to privacy in Greece, which is already facing growing questions over a decline in media freedom.

The November 14 report revealed that the EYP, which gathers intelligence on national security, had requested information on citizens, including a lawyer, a journalist, a worker for a United Nations agency focused on migration and protest organisers. The information was leaked to the newspaper by a whistle-blower. The newspaper redacted the names and private information of the journalist and others who were monitored. However, Malichudis recognised the description of events and identified himself as the journalist in the story.

The alleged surveillance relates to an article that Malichudis and the director of Solomon, Iliana Papangeli, had published in April 2021, seven months prior to the newspaper’s revelations. Their article had reported on a 12-year-old boy from Syria living in a refugee holding camp on the island of Kos, whose artwork was exhibited in a museum and then published on the website of the French newspaper Le Monde. In April, Malichudis, a freelance journalist who works for AFP, is a member of Solomon and collaborates with Investigate Europe and Reporters United, had tried to track down the boy to interview him about his artistic success and the experiences of his family reaching Europe. The journalists had not informed anyone outside Solomon of their plans.

A redacted file published by EFSYN showed that while Malichudis was researching the story, officials at EYP’s headquarters sent a request to colleagues based on Kos asking them to confirm whether the boy and his family were being held in the camp and to gather information. The request included Malichudis’s name and ID number and said the EYP had information “from a source of high reliability” that the journalist was planning to speak with the family. Solomon was also mentioned by name. It also requested information on an employee of the International Organization for Migration (IOM) in Greece, a source with whom Malichudis had spoken on the phone before the conversation switched to an encrypted messaging app.

The Greek authorities have yet to deny the alleged surveillance of the journalist. Given the seriousness of the allegations, and the paucity of information provided by authorities so far, our organisations urge the government to provide immediate answers to parliament as to why the National Intelligence Service had knowledge of Malichudis’s reporting before it was published. Information should also be made public about exactly how this information was gathered and the nature of the “reliable sources” the EYP had on his work. Details must also be provided about why a request was made to monitor the journalist’s confidential source, with whom he spoke only in a telephone call and an encrypted messaging app, and how the EYP had knowledge of these private communications.

The evidence provided so far indicates that Malichudis and possibly other members of the team at Solomon have had their communication illegally monitored without their knowledge and that this information was then shared with a state security agency tracking their work. In addition to raising serious privacy concerns, this surveillance would constitute a clear interference in the freedom of the press and a serious violation of the confidentiality of journalistic sources, which is protected under Article 10 of the European Convention of Human Rights. These rights are a fundamental element of media freedom, and confirmation of their violation would have a chilling effect on watchdog journalism and undermine transparency by discouraging whistle-blowers to come forward.

Given that the EYP’s mandate is to investigate threats to Greece’s national security, we also question why a journalist’s reporting on a refugee’s experience in a holding camp should even be justified as a legitimate target for intelligence gathering of any form. Immediate justification should be provided as to why this was the case. If such a human-interest story drew the attention of the EYP, it then begs the question to what extent the security services are monitoring the work of investigative journalists probing an issue such as illegal pushbacks. We hope this case is not the tip of the iceberg of wider surveillance of journalists by state authorities, which we have recently observed in other EU member states. The longer the Greek government remains silent or dodges questions, the longer it will invite scrutiny. The Special Standing Committee on Institutions and Transparency should examine this case as a matter of priority.

Our organisations stand in solidarity with Stavros Malichudis and the journalistic team at Solomon, which is a current grantee of the Investigative Journalism for Europe (IJ4EU) fund led by the International Press Institute (IPI), and whose work documenting the stories of unaccompanied minors in Moria’s refugee camp was nominated for a major European journalism award. Moving forward, we will continue to monitor this case closely and will demand concrete answers from the government on this issue during an MFRR media freedom mission to Greece later this year. In the meantime, we also urge the European Commission and European Parliament to seek immediate responses from the Greek government about these extremely serious allegations.