Poland: Journalists must be allowed access to Belarus border 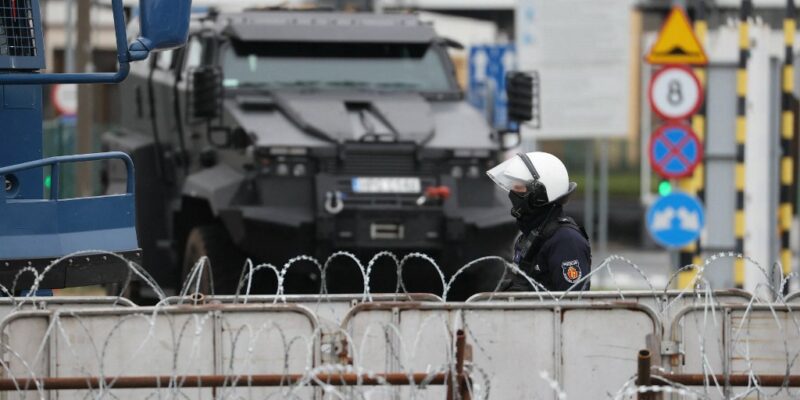 The European Federation of Journalists (EFJ) joined partners of the Media Freedom Rapid Response (MFRR) today to call on the Polish government to respect and facilitate the free flow of information by allowing journalists access to the border with Belarus to report on the humanitarian situation. We also urge Polish police and military personnel to refrain from arbitrary detentions and intimidation of media workers working in the area around the restricted zone.

Since early September, journalists have been unable to report from inside a three-kilometre-wide stretch of land along the Belarusian border placed under a state of emergency. The measure limits the ability of journalists and aid workers to enter the restricted area and prohibits the taking of photographs or video footage that shows the border or its infrastructure. Those convicted of violating the state of emergency can face a prison sentence of up to 30 days or a fine of up to 5,000 Polish złoty.

Concerns about the lack of information and transparency about what is happening within the restricted areas escalated in November as thousands of migrants and asylum seekers attempted to enter Polish territory via Belarus, sparking a geopolitical dispute that Polish and EU leaders have accused authoritarian leader Alexander Lukashenko of orchestrating in retaliation for Western sanctions.

The disproportionate restrictions have severely limited the ability of journalists and media organisations from Poland and around the world to cover this dire human rights situation and ensure adequate protection is given to those stranded in inhumane conditions. The state of emergency is also resulting in the criminalisation of journalists trying to report on a matter of significant public interest. Such restrictions on media freedom within a member state of the European Union are unprecedented.

Earlier last week, two journalists from RT France were detained by police near the city of Usnarz Gorny for allegedly violating the state of emergency. A police spokesperson said that the two French nationals, reporter David Khalifa and cameraman Jordi Demory, were detained for working without a permit inside the restricted zone. They were interrogated at a police station and ordered to pay a fine.

In late September, three journalists from French-German broadcaster ARTE TV were arrested, held in a cell overnight and then taken to court the next day in handcuffs to face charges of violating the state of emergency. They were released without a fine. Earlier in September, Onet journalist Bartłomiej Bublewicz and his camera operator faced criminal charges from police for violating the same rules due to their reporting.

In the last week, even those reporting from outside the restricted zone have faced arbitrary detention and intimidation from police and military personnel. On 16 November, three photojournalists, Maciek Nabrdalik, Maciej Moskwa and Martin Divisekwere, had been taking photos at a temporary army base outside the zone when they were detained by soldiers in the Polish Army. They were aggressively pulled from the car and handcuffed for over an hour. The guards searched their car and memory cards on their cameras, violating journalistic privacy. The trio were later released without charge.

On 14 November, a reporting team from the Balkan Investigative Reporting Network (BIRN) was pulled over outside the zone near a checkpoint in Czeremcha and briefly detained by police and border guards, who demanded the unique identifier of their mobile phones, which can be used to track the device. When reporter Claudia Ciobanu and photojournalist Jaap Arriens questioned the legal basis of the demand, the officers said they were suspected of stealing the phones. The guards also falsely claimed the emergency zone had been extended to where the journalists were at that time.

These acts of intimidation and restrictions mean journalists are facing major barriers in verifying information from the border. Allegations of rights abuses remain extremely difficult to either verify or debunk, including claims of illegal pushbacks by Polish border guards. With media barred, the only snippets of news and images from the barbed wire border come from Belarusian and Polish authorities’ social media posts. The result of this information blackout is that disinformation is thriving and facts are hard to come by, meaning a severe humanitarian crisis, likely involving serious human rights violations, is going unreported.

Despite protests by Polish media and rights groups, the state of emergency remains in place. We find it hard to avoid the conclusion that part of this decision by Polish authorities has been to intentionally keep the media from documenting the scale and nature of the crisis and shielding itself and border security services from scrutiny. The free and uninterrupted flow of information at the border is vital. We therefore join the Council of Europe Commissioner for Human Rights, Dunja Mijatović, in urging the Polish authorities to immediately allow journalists to re-enter the border zone.