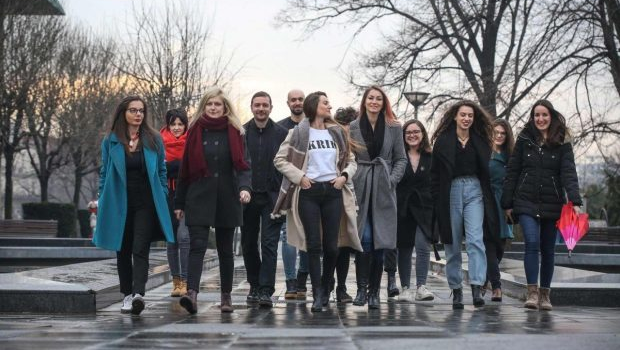 
We, the undersigned partners of the Media Freedom Rapid Response (MFRR), express our concerns over the recent wave of vexatious lawsuits against the investigative portal Network for Investigation of Crime and Corruption (KRIK) in Serbia. We believe that these lawsuits are a form of strategic lawsuit against public participation (SLAPPs) that aim to stifle scrutiny and critical issues of public importance and demand urgent action from the Government and judiciary to impartially and swiftly address the growing phenomenon of SLAPPs in the country.

In recent months, KRIK’s newsroom has been targeted by ten different procedures filed, in most cases, by people in power or businesspeople close to the government, requesting a total of 90 million dinars in damages – three times more than the media outlet’s annual budget. These include seven lawsuits under the Media Law for reputational or financial damages and one lawsuit before the Commercial Court of Serbia for unfair competition and reputation damage. Additionally, one criminal complaint was filed under the Criminal Code for illegal use of data (which would bring prison sentence for journalists), and one misdemeanour procedure was started for failure from KRIK to pay an environmental tax within a set deadline.

We believe that these cases are a form of SLAPPs, which are initiated not necessarily to win cases, but to drag KRIK through lengthy legal processes and ultimately prevent them from exercising the fundamental right to freedom of expression and press and media freedom. These lawsuits’ ultimate goal is to silence critical reporting and distract them from their core journalistic work of exposing corruption and probing the nexus between politics and organised crime as well as to drain KRIK financially and psychologically.

We are also concerned about the pattern of attacks on KRIK. We are aware that KRIK and their journalists have previously been targeted by lawsuits that would be described as SLAPPs and are very often victims of threats and insults. Lately the houses of three KRIK staff were broken into; all three cases are currently still in pre-investigative procedure. Early in December, KRIK’s staff received death threats on social media. Bojana Jovanovic, deputy editor of the KRIK believes these threats were related to the story they published about the son of the Serbian President, Danilo Vucic.

We urge the Serbian judiciary to deal with cases promptly and impartially and consider international freedom of expression standards in their deliberations. In order to prevent similar attacks in the future, we also call on the Serbian Government to adopt a comprehensive strategy to address SLAPPs against journalists, as part of its efforts to the protection, safety and security of journalists. This should include a full review of key defamation provisions and align them with international freedom of expression standards and procedural safeguards to allow for early dismissal of SLAPP cases.

The full scale of required reforms is further outlined in the report by ARTICLE 19, the ABA Center for Human Rights and NUNS (forthcoming in January 2022). We stand ready to provide further support to the Government in this process, along with key recommendations to the Government of Serbia to address abusive litigation against journalists and the media.