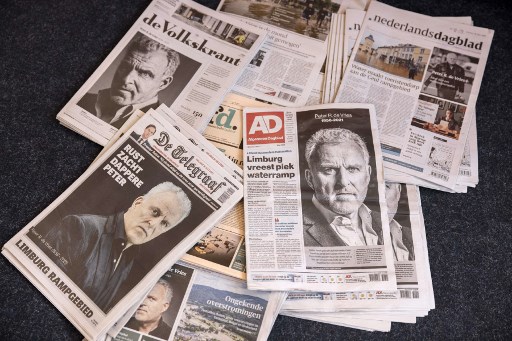 
The Media Freedom Rapid Response (MFRR) is organising an international media freedom mission to the Netherlands. The mission will take at the beginning of 2022 and will be led by Free Press Unlimited and the European Center for Press and Media Freedom (ECPMF) and joined by the European Federation of Journalists (EFJ) and other consortium members.

The aim of the mission is to map the decreasing security of journalists in the Netherlands, despite the establishment of PersVeilig (Press Safe) at the end of 2019 and the strong security mechanism for journalists.

With attacks on journalists increasing, the public broadcaster NOS removing its logos from vans to protect its employees, and Peter R. de Vries being murdered in broad daylight, the state of press and media freedom in the Netherlands is receiving more and more international attention. The mission will be carried in close consultation with the Dutch Association of Journalists (NVJ).

As part of the mission, the delegation will enter into discussions with journalists and editors-in-chief, policymakers, the police and the Public Prosecution Service, experts, and Members of Parliament. The end result will be a comprehensive report on the safety of journalists in the Netherlands that will be presented in an international press conference as the conclusion of the mission.

Safety of journalists in the Netherlands

The mission will address the issue of the safety of journalists in the Netherlands, focusing on the threats posed by organized crime, as well as increasing hostility to the members of press and media outlets by protesters and civilians. According to the NVJ, 82% of Dutch journalists have experienced aggression or intimidation in 2020. This is an increase of 20% compared to 2017. In 2017, 79% believed that threats to journalists pose a threat to press freedom. In 2021 this has increased to 93%. The increasing trends raise questions when it comes to the high ranking of the Netherlands on the Press Freedom Index and the internationally acclaimed PersVeilig (Press Safe) Mechanism. In addition, the mission will examine what prevention mechanisms currently exist, and what the Dutch authorities can do to prevent intimidation and violence against journalists.

The MFRR monitors violations of press and media freedom in the EU Member States and Candidate Countries and responds with practical and legal support and advocacy. Since the project’s start in March 2020, a number of similar missions have been organized to Greece, Montenegro, Poland, Serbia, Spain and Slovenia.