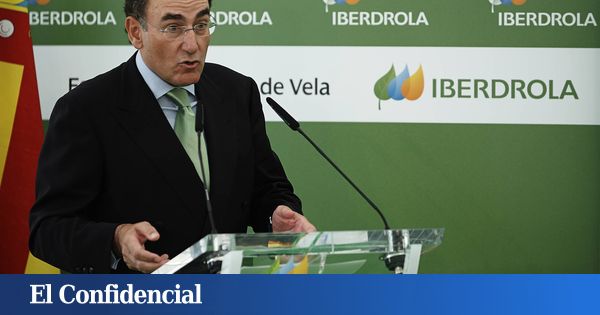 
The European Federation of Journalists (EFJ) joined its partners of the Media Freedom Rapid Response (MFRR) today in condemning the vexatious SLAPP lawsuit against the newspaper El Confidencial by the Spanish electricity company Iberdrola, which is claiming €17.6 million for alleged “reputational damage”. The MFRR partners see the lawsuit as another example of the urgent need for the introduction of anti-SLAPP legislation at the EU and national levels and reform of the current legal provisions on protection of honour and reputation in line with international freedom of expression standards.

On 4 February 2022, multinational energy company Iberdrola filed a lawsuit at the Court of First Instance number 4 of Bilbao against Titania, the publisher of El Confidencial, for its coverage of the relations between the company and a convicted former police commissioner. El Confidencial is accused of having carried out “an authentic smear campaign and media harassment” against the company and its president. The company said the reporting was an “illegitimate interference in the right to honour”, which had “very serious reputational damage to the company”.   The company quantifies the alleged damage caused at €17,600,000 and said it reserves the right to adjust this figure upwards if new defamatory information is published. Our organisations strongly condemn these extortionate demands and see the lawsuit as a  retaliatory attempt to silence the newspaper and its reporting on an important matter of public interest.

Since October 2019, El Confidencial, which has 200 staff members and around 22 million unique monthly visitors, has published a series of audio clips and documents revealing Iberdrola’s payments to the retired police commissioner José Manuel Villarejo, who became the centre of a national scandal after it was revealed he had spied on and blackmailed dozens of prominent Spanish businesspeople, politicians, judges, activists, and unions for over 20 years. The recordings and published documentation by El Confidencial referred to covert operations financed by the electricity company, including espionage of political leaders, maneuvers against environmentalists, and surveillance of union leaders by the company itself.

After the publication of the articles by El Confidencial, several current and former directors from Iberdrola were marked as ‘under investigation’ by the National High Court, including its executive president, Ignacio Sánchez Galán, and the group’s subsidiary, Iberdrola Renovables.

According to Iberdrola, El Confidencial has published “too much news” about the Villarejo case and disapproves of the fact that some news items were closed exclusively to subscribers, which would multiply the reputational damage of this information, since it would “prevent most readers from going past the headline and accessing the nuances included in the text of the news”. ARTICLE 19 has documented the phenomenon of SLAPPs against journalists in Spain in a recent SLAPPs report and identified a number of recommendations for reform of the legal framework that are currently misused to threaten  journalists.

MFRR partners see this legal action by a large private company as a serious SLAPP lawsuit aimed at intimidating and silencing an independent media outlet in Spain. We join national journalist organisations such as the Federation of Associations of Journalists of Spain (FAPE), the Association of Journalists of Economic Information (APIE), the Association of Investigative Journalists (API) and the Plataforma por la libertad de información (PLI)  in expressing solidarity and support to the newspaper and its journalists. The MFRR partners  also condemn the extortionate demand for damages, which could bankrupt the newspaper should it lose the case and in the meanwhile generates exhorbitant financial and psychological pressure to the staff.

We therefore see this lawsuit as a clear example of the urgent need for SLAPP regulations on EU and national levels, and for a reform of the current legislation on protection of honour and reputation in Spain. We call upon Iberdrola to swiftly withdraw this absurd  lawsuit. We encourage judges to follow the rules of good faith under Article 247 of the Spanish Civil Procedure Law 1/2000 to ensure that journalists and media outlets do not face unnecessary civil proceedings as a result of ill-founded or meritless claims, brought with the sole aim of silencing or intimidating the exercise of freedom of expression.