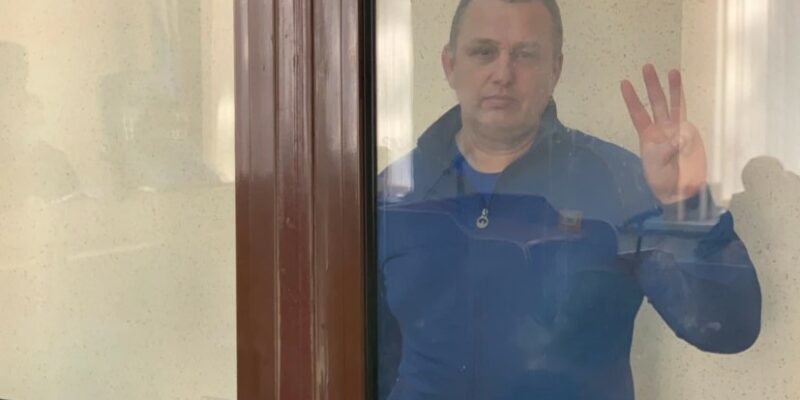 The Simferopol District Court found Vladislav Yesypenko guilty of fabricated charges, namely being in possession and transport of explosives, after a closed-door trial. Yesypenko is sentenced to six years in a maximum-security penal colony and fined 110,000 rubles. The prosecutors had asked the court for a sentence of 11 years in prison.

The journalist was accused of  “illegal production, repair, or modification of firearms” with the intention of removing a grenade from a secret storage facility by order of the Foreign Intelligence Service of Ukraine. He was detained on 10 March 2021 pending trial in Crimea by the Federal Security Service of the Russian Federation.

After his arrest, Vladislav Yesypenko told his lawyer he was subjected to death threats, to torture with electrocution and was forced to confess on the Russia-controlled TV channel ‘Crimea 24’ on 18 March 2021. The case was reported on the Council of Europe platform for the protection of journalism and safety of journalists.

Yesipenko holds Ukrainian and Russian nationalities and has been cooperating with the regional news outlet of the Ukrainian RFE/RL service “Crimea.Realities” for about five years. He periodically provided photos and videos, which were published on the RFE/RL resources.

NUJU President Sergiy Tomilenko said: “The NUJU condemns this absurd sentence! The trial of the journalist, which has been going on since last March, shows how undemocratic political regimes fear freedom of expression. Strength to Vladislav and his family!”

“We condemn a parody of justice. Yesypenko has been detained on baseless charges and tortured. He must be released now! We call on the Russian Federation to end the persecution of the other professional and citizen journalists illegally detained. Furthermore, the EFJ/IFJ urges international organisations such as OSCE, Council of Europe and UNESCO to react firmly and demand Russia to respect the press freedom and journalistic work,” added EFJ General Secretary Ricardo Gutiérrez.