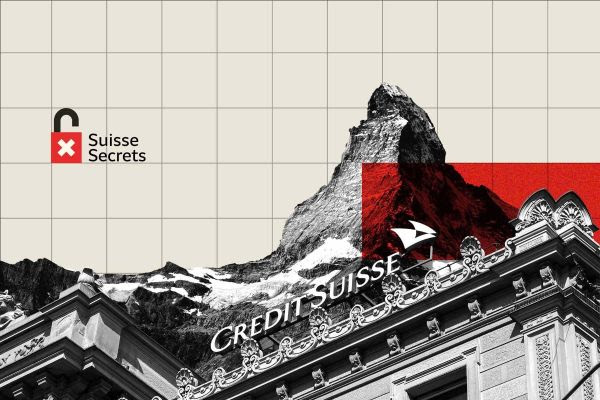 Journalists and whistleblowers risk criminal prosecution in Switzerland if they reveal confidential bank data. At a time when a new massive tax evasion scandal, #SuisseSecrets, is shaking the Swiss banking system, the European Federation of Journalists (EFJ) is demanding the lifting of banking secrecy and in particular of the criminal provisions which, since 2015, have prevented the Swiss press from contributing to the revelation of these scandals.

Since 2015, Swiss journalists risk a conviction if they write about stolen bank data. This is why the Swiss media had to give up investigating Credit Suisse clients, as part of the #SuisseSecrets scandal.

On Sunday, an unprecedented leak has allowed 48 media outlets to uncover how one of Switzerland’s largest banks, Credit Suisse, has catered to corrupt officials, alleged human rights abusers, and other unsavory clients for decades.

Suisse Secrets is based on a leak of 18,000 Credit Suisse accounts obtained by German newspaper Süddeutsche Zeitung over a year ago. The German journalists then shared the records with the Organised Crime and Corruption Reporting Project (OCCRP) to help coordinate the reporting effort, which has received contributions from 163 journalists from 48 media outlets across 39 countries.

This investigation reveals how Swiss law allows institutions like Credit Suisse to hide poor institutional compliance for many years behind a veil of secrecy. In Switzerland, journalists are often handcuffed from reporting on abuse at Swiss banks. Under Switzerland’s almost century-old banking laws, disclosing confidential bank information is punishable with years in prison — which can scare potential whistleblowers and journalists from unearthing wrongdoing.

“In Switzerland, commented the EFJ General Secretary Ricardo Gutiérrez, if a journalist uses bank data to expose criminal activities, such as dirty money from arms, drugs or human trafficking, or terrorism, he or she faces up to three years in prison. The EFJ condemns these legal provisions which violate fundamental principles of press freedom.”

“Switzerland simply does not respect European legal standards on freedom of expression and freedom of the press,” added Gutiérrez. “It favours the particular interest of bankers over the general interest. The necessary public debate is confiscated. The case law of the European Court of Human Rights, which authorises the disclosure of confidential information as long as it serves the public interest, is not applied in Switzerland. This practice is worthy of the worst authoritarian states. It must be stopped.”

The EFJ warned that such practices could spread to other European countries. In 2018, the editor-in-chief of the German online media Correctiv was prosecuted by the Hamburg public prosecutor’s office following the complaint of the Swiss bank Sarasin after the CumEx-Files tax fraud scandal was revealed.

“For almost 90 years, the Swiss law on banking secrecy has organised the impunity of a Swiss banking system that practices money laundering on a large scale. It is time to put an end to a system that feeds global crime,” concluded Gutiérrez.