Monitoring Report: Increasing Pressures on Media Freedom in Europe in 2021 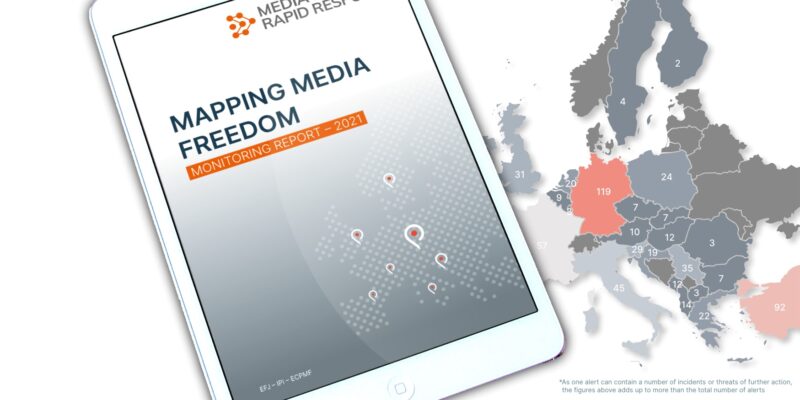 
Today the European Federation of Journalists (EFJ) joins its partners in the Media Freedom Rapid Response (MFRR) in launching our annual report documenting our organisations’ systematic monitoring of media freedom violations across Europe in 2021. Between January and December 2021, a total of 626 alerts were documented on the Mapping Media Freedom platform across EU Member States, candidate countries and the United Kingdom – ranging from physical attacks to SLAPP lawsuits and online harassment.

A total of 1,063 individuals or media entities in 30 countries were subject to one or more press freedom violations, including the murder of three journalists – underscoring the increasing threats to media freedom, journalists’ safety and independent journalism in Europe. 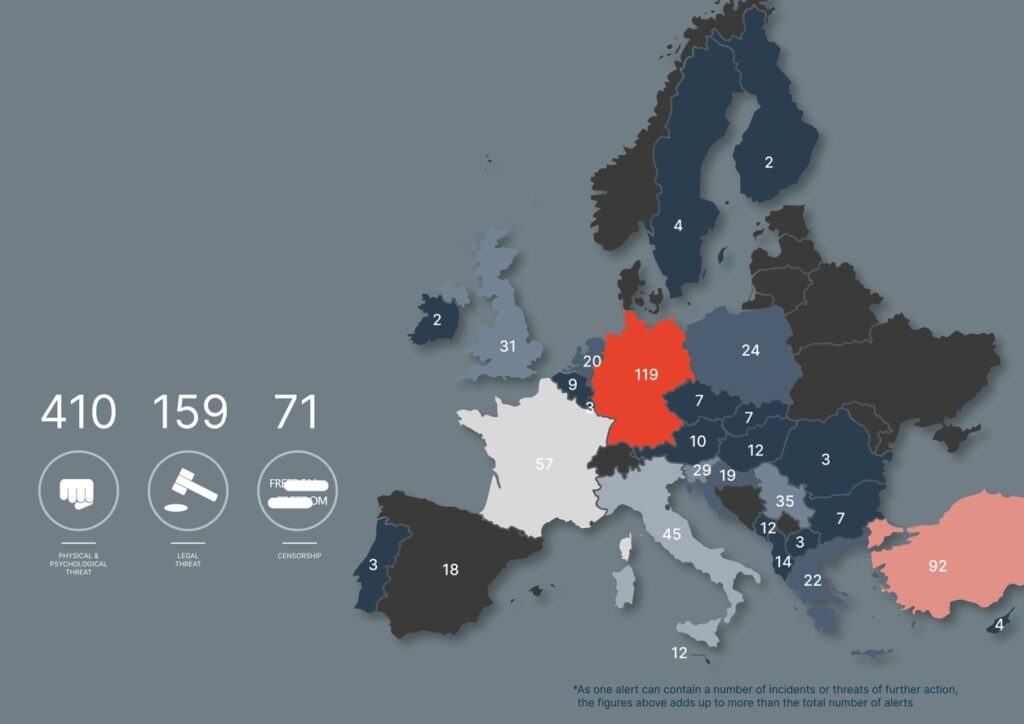 Many media freedom violations took place at protests and demonstrations – many held by anti-vaccine and anti-lockdown groups – where 178 alerts were recorded, 28.4% of the total. There was an increase in attacks taking place online, which rose from 14% of alerts in 2020 to 16,7% in 2021.

As for types of attacks, the most common included were verbal attacks (41.1%) such as intimidation, harassment or insults, followed by legal incidents (25.4%), physical attacks (21.1%), attacks to property (11.8%), and censorship (11.3%) such as arbitrary denial of accreditation or registration.

The report is divided in four main sections which offer quantitative and qualitative analysis of the main attacks perpetrated against journalists and media workers during the year. The first section provides a general picture and includes visualisations and statistics that summarise the data and explain the main findings of the monitoring project.

The analysis is followed by thematic reports focusing on two of the most relevant topics spotted by the monitoring partners throughout the year: attacks and threats linked to COVID-19 and online attacks. The third section focuses on country studies from the following states: Germany, Turkey, France, Italy, Serbia, Slovenia, Poland, Greece, the Netherlands, Spain, Albania, Montenegro, and Hungary. 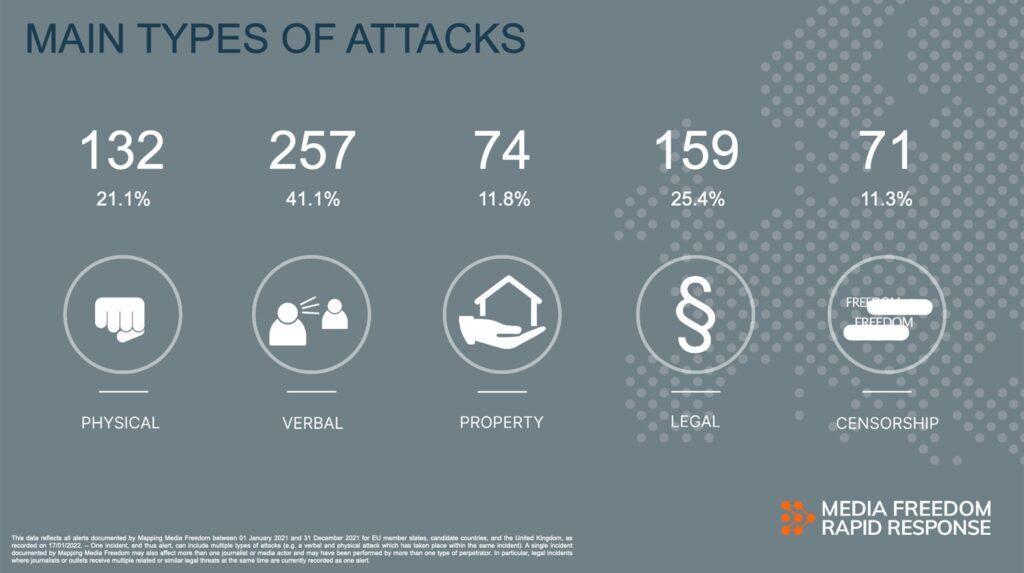