Northern Cyprus: heavy criminal charges against the president of the journalists’ union 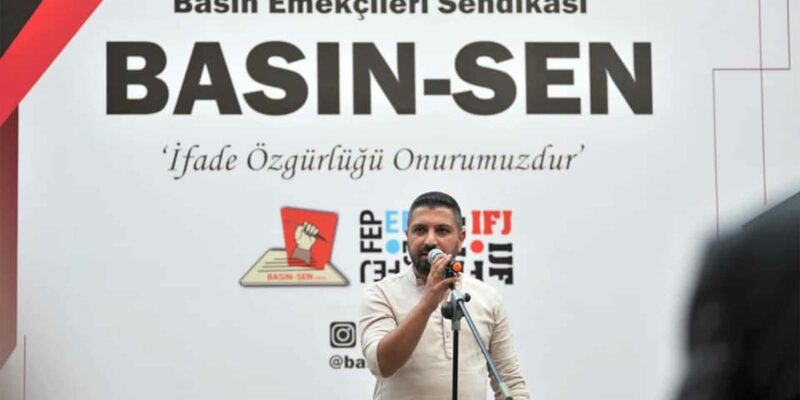 Ali Kişmir, the President of the Cyprus Turkish Journalists’ Union, Basin-Sen, faces a 10-year prison sentence for an article published a year and a half ago. The European and International Federation of Journalists (EFJ and IFJ) demand the lifting of criminal charges against him.

Turkish Cypriot columnist Ali Kişmir could face up to 10 years in prison for “insulting and mocking the security forces” in an opinion piece he wrote over a year ago. Kişmir, a columnist for the newspaper Özgür Gazete Kıbrıs, is expected to appear in court on Monday 28 February for violating article 26 of the Military Crime and Penalty Law.

The police informed the president of Basin-Sen on 22 February of the charges against him. The threat of a prison sentence is accompanied by a request for a ban on travelling abroad.

In a statement issued today, the Board of Basin-Sen emphasized that it is unacceptable to open criminal cases against journalists in terms of freedom of thought and expression.

“These criminal proceedings initiated by the security forces are a threat to all Cypriot journalists. This is an intolerable act of intimidation, which we strongly denounce,” said the IFJ General Secretary Anthony Bellanger.

“With these totally disproportionate criminal proceedings, the Turkish Cypriot authorities are violating European legal standards of press freedom and freedom of expression. Together with our affiliates in Basin-Sen, we demand the immediate withdrawal of the charges against Ali Kişmir,” added the EFJ General Secretary Ricardo Gutiérrez.

“This lawsuit should be seen as an operation to oppress critical voices. We know that this is the practice of authoritarian regimes. These efforts to intimidate and silence critical journalists and media outlets in Northern Cyprus are gaining momentum under the guidance of the Erdogan government,” said Mustafa Kuleli, General Secretary of the Turkey’s Journalists’ Union (TGS). “We have stood up against those who intimidated us in the past through solidarity. We shall do it again, whenever necessary”.