Ukraine: Journalists’ security and ethical reporting must be guaranteed 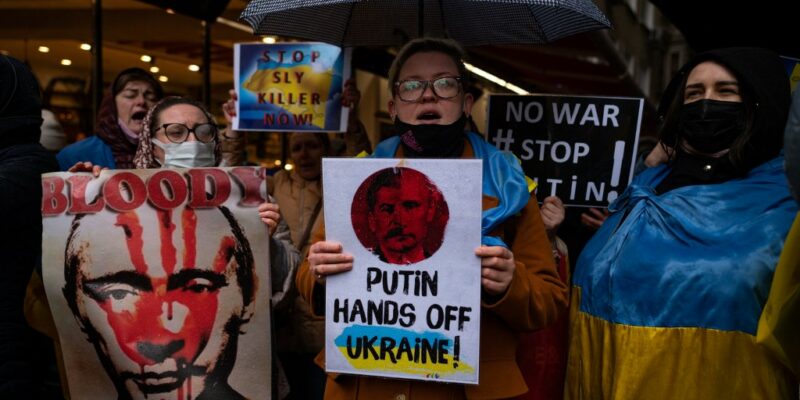 The International and European Federations of Journalists (IFJ-EFJ) have issued an urgent safety advisory for all journalists in Ukraine following the Russian government’s decision to launch a so-called “special military operation” on 24 February.

Following reports of a series of explosions throughout Ukraine, intensified fighting on the front lines and Russian troops advancing into Ukraine, the federations offered their solidarity to their affiliates the Independent Media Trade Union of Ukraine (IMTUU) and the National Union of Journalists (NUJU), backing their call for journalists to strive to uphold ethical and professional standards in the face of a rise in disinformation.

The IFJ and EFJ join their Ukrainian affiliates IMTUU and NUJU in warning media against the spreading misinformation on the situation and called for the safety of journalists reporting in the field. They have started putting in place protocols to support their members on the ground. NUJU has launched a hotline and announced the setting of a committee to support journalists.

Sergiy Tomilenko, NUJU President said: “The safety of hundreds of journalists at the frontlines, the safety of media workers across the country is our top priority. A special committee for monitoring and responding to the situation has been created by our Union. We are trying to work effectively in the context of Russia’s current military aggression. We are grateful to journalists from all over the world for their solidarity and words of support to Ukrainian journalists in these difficult times.”

The IFJ and EFJ have highlighted the risks for journalists’ safety, surveillance and interference with their communications as well as restrictions on their movements to and from the targeted areas.

The IFJ has issued a list of precautions that should be followed by journalists reporting in Ukraine, including the securing of contact protocols, securing stories filing from the field, and travel safety.

IFJ President Younes M’Jahed said: “We stand in solidarity with those journalists who risk coming under scrutiny by all sides in an attempt to control their content. We urge media professionals to carefully check the facts, avoid speedy reporting and ensure their stories respect fundamental ethical principles set out in ourGlobal Charter of Ethics for Journalists“.

EFJ president Mogens Blicher Bjerregård said: “In my view, the attack on Ukraine is not only a war in Ukraine, it is a war against all our democracies – it is an attack against all of us. As journalists our role is to be a fundamental pillar for democracy and for the citizens. We must, in the international organisations for journalists and media, do our utmost to safeguard our members and make sure that citizens are well informed not disinformed by propaganda.”