Kosovo to shelter 20 Ukrainian journalists: which state will be next? 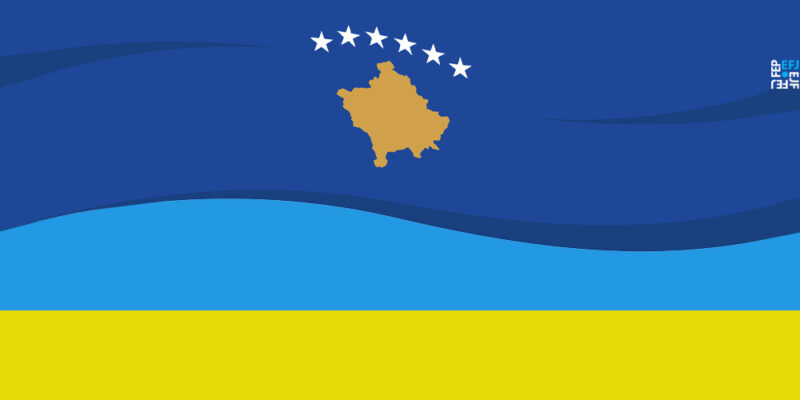 Today, 01 March 2022, the Government of the Republic of Kosovo signed a decree to shelter 20 journalists from Ukraine, in coordination with the European Centre for Press and Media Freedom (ECPMF) and the European Federation of Journalists (EFJ). The decision is in line with Kosovo’s position of solidarity with the right of Ukraine to protect its territorial integrity and sovereignty, and in the spirit of protecting universal human rights. The EFJ and ECPMF hope that other states will follow Kosovo’s example.

The decree, which will see the allocation of €150,000 from State reserves, was initiated by Member of Parliament Doarsa Kica Xhelili through the Ministry of Foreign Affairs and subsequently supported by the Government of the Republic of Kosovo.

ECPMF and EFJ will coordinate the identification and selection of Ukrainian journalists who will receive support. The budget will cover the cost of renting a flat and office, a monthly stipend, health insurance, and relocation costs for six months.

Following the decision, ECPMF’s Managing Director Lutz Kinkel said: “As Putin’s invasion brings war to Europe, we have seen Ukrainian journalists working in increasingly dangerous conditions in order to inform the world of the on-going crisis. We remain committed to supporting these journalists if they are forced to flee the country and we are grateful to the Government of the Republic of Kosovo for their swift decision to offer assistance in this regard. From running our own Journalists-in-Residence programme, we know the value of assisting journalists with relocation during times of crisis and we welcome the opportunity to offer similar support to journalists and media workers from Ukraine.”

Ricardo Gutiérrez, EFJ General Secretary said: “Ukrainian journalists are doing a great job in a context of intense war and disinformation. They put themselves at enormous risk in the public interest. We express the gratitude of the profession to those states, such as Kosovo, that support our Ukrainian colleagues. This should serve as an example for other governments in other countries.”

Information on how to apply to receive support will be available shortly.