A message from Kharkiv, Ukraine 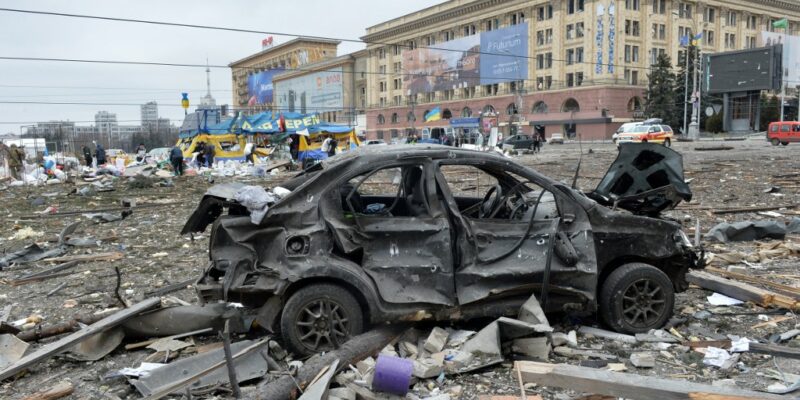 Picture credit: Sergey Bobok / AFP (a view of the square outside the damaged local city hall of Kharkiv on March 1, 2022, destroyed as a result of Russian troop shelling).


Russia’s invasion of Ukraine entered its seventh day, yesterday, with heavy attacks on the city of Kharkiv.
This morning the EFJ received the following message from a group of four journalists from Kharkiv, members of the National Union of Ukrainian Journalists (NUJU):
“We, the people of Kharkiv, are united: we help each other to find food and medicine, we help the weakest to find bomb shelters, and the children lost in the bombing to find their mothers. We know no manifestations of national, racial or gender discrimination. Together we fight for peace and victory over the invaders!
We are not afraid of our opponent. David was not afraid of Goliath. Ukraine is our homeland and we will fight to the end. We will not give up. If we do not have enough weapons to defend our country, we will die with honour! Help us to win with honour. Help us to close the skies over Ukraine and give us weapons of defence. All your help to Ukraine can be crucial.”
The EFJ salutes the courage and determination of its Ukrainian colleagues, who continue to do their job in a context of dirty war and war crimes.
Yesterday, the EFJ and IFJ called on journalists’ organisations around the world to make financial donations to the IFJ Safety Fund to support Ukrainian journalists. We will soon extend this call for donations to anyone who wishes to show their generosity and solidarity.
Fraternal greetings to the brave journalists of Kharkiv!
Donate to the IFJ-EFJ safety fund for journalists in Ukraine