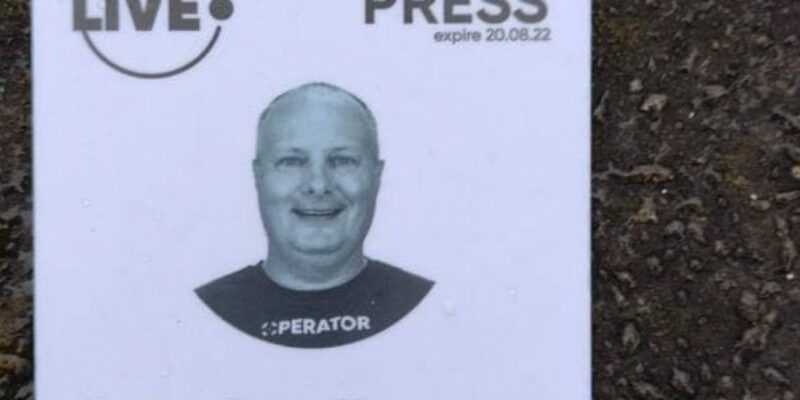 The first confirmed media worker who lost his life due to the ongoing Russian invasion of Ukraine is Yevheniy Sakun, a cameraman for LIVE TV. Together with four other people, he was killed on the afternoon of 1 March 2022 during a two-target rockets attack on the TV tower that took place in Kyiv, Dorogozhychi area. On the same day, the Babin Yar Memorial Complex, a Holocaust memorial site, was also shelled.

The European Federation of Journalists (EFJ) expressed its condolences to the family and colleagues.

During the identification of the bodies, the National Police identified Sakunlost because of his LIVE TV press card. Later in the day, the National Union of Journalists of Ukraine (NUJU) personally contacted the management of the LIVE TV channel who confirmed the death of their cameraman Yevheniy Sakun.

LIVE TV is currently supporting a nationwide information marathon that covers Ukraine’s struggle against the Russian aggression. TV presenters, journalists, and cameramen of the LIVE TV channel team are involved in the creation of joint national information content aimed at informing and protecting Ukrainian citizens.

NUJU President Sergiy Tomilenko stated: “Today, we are working under new conditions when bombings are taking place all over the country, and the whole of Ukraine is under the threat of open hostile occupation by Russia. Today we are all victims of war. If a week ago only colleagues who worked in 2 regions – Donetsk and Luhansk regions – were considered as military journalists, now we are talking about colleagues from all 24 regions of Ukraine. We condemn the activities of Russian media, which cover up and justify the war against Ukraine and deliberately mislead Russian citizens. They are silent about the widespread deaths of Russian soldiers in Ukraine, who were forced to die by threats and manipulations. Journalism is not propaganda! Despite the danger, brave people, military, and journalists are defending Ukraine. Together we are bringing victory and peace closer! Ukrainian people greatly appreciate your support and solidarity”.

EFJ General Secretary Ricardo Gutiérrez said: “The Russian invader failed to shoot down the TV tower in Kyiv, but the Russian missile killed five people including a journalist, who was just doing his job. We salute his memory and that of all the victims. Russian war crimes are on the rise and we call on international justice to investigate and prosecute those responsible.”