New censorship law in Russia: first case of criminal prosecution of a journalist 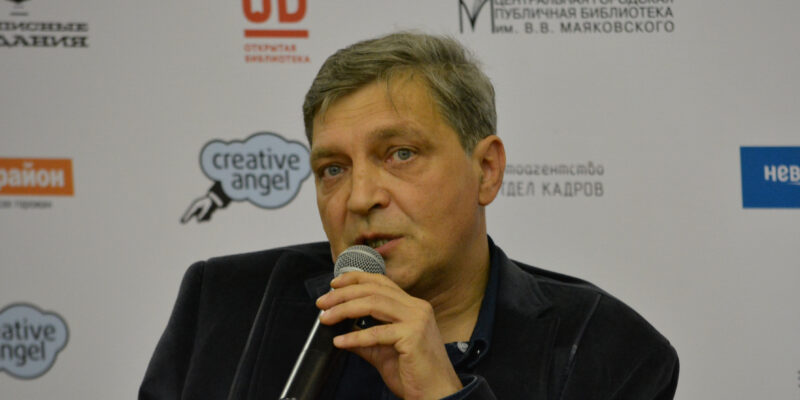 Russian authorities said Tuesday they had launched a criminal case against a popular journalist for alleging that the Russian army deliberately shelled a maternity hospital in Mariupol, Ukraine. Alexander Nevzorov is the first prominent reporter to be probed for spreading alleged “false” information about the Russian army under new Russian legislation. The European Federation of Journalists (EFJ) condemns this judicial action and the state censorship that prevents journalists from doing their work in Russia.

Alexander Nevzorov, 63, is a veteran Russian journalist and a former member of the Russian parliament, as an independent deputy. “Nevzorov published deliberately false information about the deliberate shelling by Russia’s armed forces of a maternity hospital in the city of Mariupol,” said a statement from the Russian Investigative Committee. “The publications were accompanied by inaccurate photographs of civilians affected by the shelling”.

“As one might expect, the Russian censorship law is primarily intended to prevent journalists from telling the truth about the war crimes committed by the Russian occupiers in Ukraine,” commented the EFJ General Secretary Ricardo Gutiérrez. “We strongly condemn the state propaganda and censorship imposed by the authorities and the media regulator RKN, with the complicity of propagandist media and organisations, but we resiliently support the Russian journalists who are trying to continue to do their job under these conditions of increased repression.”

“This very repressive law was clearly passed for the purpose of intimidation,” said Sofia Rusova, co-president of the Journalists and Media Workers’ Union (JMWU). “Whatever the consequences of this particular case for Mr. Nevzorov personally, the fact that he was targeted sends a clear signal to all journalists in Russia: no matter how famous you are, your popularity will not protect you and it is better for you to remain silent on certain subjects”.