Ukraine: “The most pressing need is safety equipment”

At the beginning of the war in Ukraine and the bombing of major cities, the IFJ and the EFJ launched a special Safety Fund to support journalists in need in the country through their affiliates IMTUU and NUJU as well as journalists trying to flee Russia. Ernest Sagaga is the head of IFJ Safety and Human Rights Department. He tells us about the use of the fund and the IFJ/EFJ work to support journalists in the region. 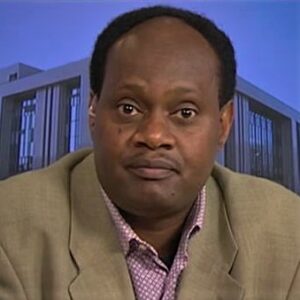 1. There has been a massive show of solidarity by journalists across the globe to support media professionals in need in Ukraine. Can you describe the type of aid the IFJ has received so far?

R: Yes, we are delighted by the solidarity from journalists, individuals and institutions alike from around the world. We have received over 223.000 Euro and counting to our Safety Fund since we launched the Ukraine appeal and have received other important direct support from UNESCO and others for the purchase of safety equipment and safety training .

2. How is this aid being processed?

R: The aid is being distributed, in close coordination between the IFJ, EFJ and our affiliates in Ukraine (NUJU and IMTUU), focusing on the security needs of journalists, such as personal protection equipment (PPE) as well as safe communication. A fact-finding mission was organised to assess the safety situation for journalists, work out the priority in terms of assistance and how this can best be delivered. Possible safe corridors for relocation within the country and evacuation outside as and when needed were also discussed. To date, the funds donated have helped purchase the PPE for journalists, support the relocation of the unions offices and provide safety advice to journalists. Our affiliates have also received lump sums to address specific needs of journalists on the ground. There are also plans to set up centres in safe areas of the country to coordinate the delivery of assistance near to journalists in need.

3. What are journalists covering the conflict’s most urgent needs right now?

R: The most pressing need for journalists is protective equipment. Sadly, many of them had no such equipment when the invasion began, including several colleagues working for European media organisations. The IFJ has had to give out flak jackets from our stock to colleagues who had none as they left for Ukraine. We hope to supply another 110 sets of body armour  in the next few days thanks to support from UNESCO.

4. How about Russian journalists trying to flee Russia? Do we have an estimation of the number of media professionals on the run and how  the IFJ/EFJ helps them?

R: We are aware of at least 35 Russian journalists who have fled to Turkey and more in other neighbouring countries. The IFJ and EFJ are urging EU countries to facilitate Russian colleagues to obtain Schengen visas and trying to provide support for those who need it in Istanbul and Tbilisi. We are in discussions with other organisations about the best ways to provide such support.

5. We have seen individual initiatives from some of our affiliates, providing support directly to Ukraine via IMTUU and NUJU. What advice would you give to those unions who want to follow suit?

R: Yes, there have been such initiatives from our Greek affiliate JUADN who coordinated with the IFJ and SDP in Poland as well as Ukrainian affiliates and managed to travel to Ukraine to deliver aid directly to their colleagues. It was an inspiring show of solidarity. Like they did, such initiatives should always be coordinated with Ukrainian affiliates, the IFJ and the EFJ. That way, we can provide information on the exact situation, where to travel and stay as well as the exact needs of journalists in Ukraine.

6. There are a number of reports of foreign journalists going to Ukraine totally unprepared and unequipped. What would be your best advice to a journalist willing to cover the conflict?

R: The safety of journalists is at all times paramount but especially in areas of armed conflict. The safety of journalists is first and foremost a matter of individual responsibility. Covering armed conflict is a dangerous assignment which must be taken seriously. Journalists need to determine if this is something suitable to their personal situation. They also need to properly prepare by getting as much information as possible on the situation in the area of destination, how to get there , move and stay safely. They must take with them all they are likely to need, including PPE, valid visa, insurance cover, etc.. But the safety of journalists covering armed conflict is also the responsibility of employers who owe a duty of care to their staff. This includes providing them basic training in safety, PPE and insurance cover. We have already seen in this war some employers failing in that duty, putting journalists lives at risk.