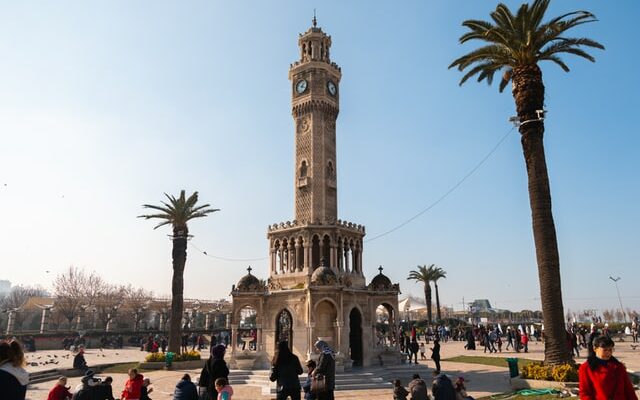 The European Federation of Journalists (EFJ) will hold its general assembly in the western Turkish city of İzmir. More than 100 journalists from 45 countries in Europe are expected to meet on 13 and 14 June 2022.

İzmir was chosen as the host city of the upcoming congress of the EFJ, which is Europe’s largest journalism organisation with more than 71 members in 45 countries, representing 320,000 journalists in Europe.

Co-organised by Turkey’s Journalists’ Union (TGS), the congress will be held in İzmir’s historic Gas Factory, a 160-year-old industrial-plant-turned-cultural centre, in tandem with the Local Media Summit.

EFJ President Mogens Blicher Bjerregård noted that the congress will be an opportunity for the international journalism community to learn from the experiences of their colleagues in Turkey.

“We hail our colleagues who reinforced their organisations, working for gender justice and equal opportunity for the youth, rejuvenating themselves and sticking to journalism even in these challenging times,” Bjerregård added.

EFJ’s executive board member Mustafa Kuleli said that the upcoming EFJ congress will be a “unique opportunity” for showcasing the importance of independent journalism for democracies and for “our European colleagues to stand in solidarity with Turkey’s journalists.”

Mayor Tunç Soyer also published a message, voicing his pleasure to host Europe’s leading journalists in İzmir, which he described as “the right destination” for such an event.”

We are excited to host @EFJEUROPE General Meeting in Izmir. Journalists are stronger together!
👉 https://t.co/g9Rls0mQlJ