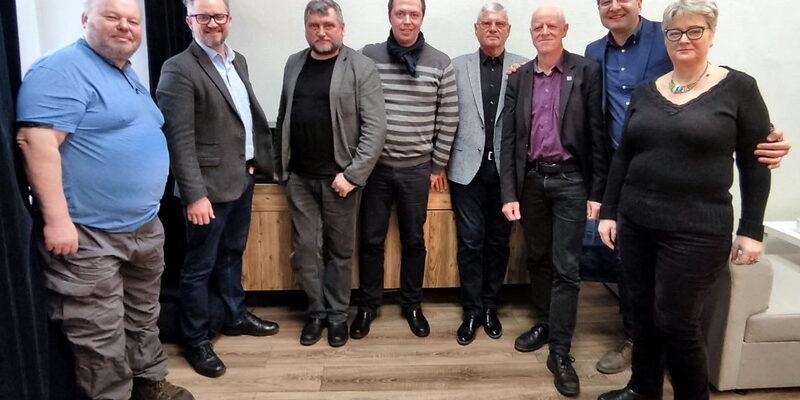 The main purpose of the visit of the EFJ representatives was to coordinate efforts to protect journalists and media in the region in the context of the Russian military invasion of Ukraine and the intensification of repression in Belarus.

26 journalists and media workers are currently in prison in Belarus. In addition to unprecedented pressure on prisoners, constant illegal restrictions on correspondence with colleagues and relatives, more and more cases are being brought against journalists.

“We are doing our utmost to ensure that information about the unprecedented persecution of Belarusian journalists is heard around the world. The terrible situation in Ukraine following the Russian invasion does not distract the EFJ’s attention from Belarusian journalists. It remains important to continue to speak out about their plight at all levels and to work hard to secure the release of every journalist,” said EFJ President Mogens Blicher Bjerregård.

The participants also commented on the co-ordination of efforts of the journalistic communities in Belarus, Lithuania, Estonia, Ukraine and European journalistic organisations in the fight against Russian propaganda. The representatives of journalists’ organisations from these countries are absolutely convinced that such coordination is necessary in order to maintain the quality and ethical standards of journalism in Europe.

The EFJ and its affiliates in the region will continue their cooperation.