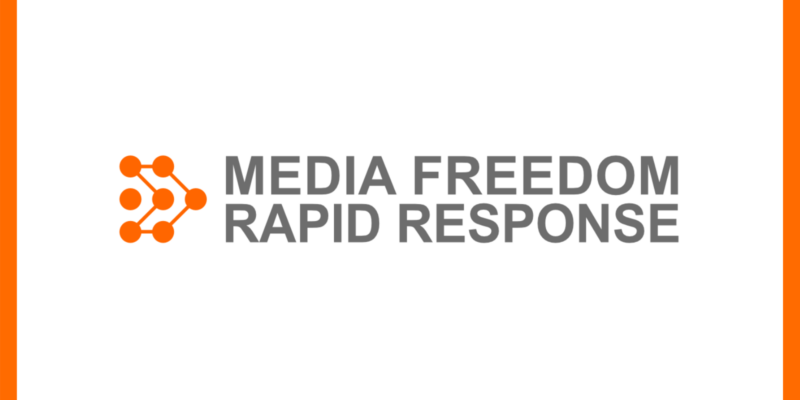 
The European Federation of Journalists (EFJ) is pleased to announce that the consortium running the Media Freedom Rapid Response (MFRR) – consisting of the European Centre for Press and Media Freedom (ECPMF), ARTICLE 19 Europe, Free Press Unlimited (FPU), International Press Institute (IPI), Osservatorio Balcani Caucaso Transeuropa (OBC Transeuropa), and the EFJ – has been granted €1.95 million in funding for 18 months from the European Commission to continue its work to defend and support press and media freedom throughout all EU member states, candidate countries, and Ukraine.

In 2020 and 2021, the consortium – which also included the Institute of Applied Informatics at the University of Leipzig (InfAI) for its first two years – established, designed, and delivered the MFRR in EU Member States and Candidate Countries. As of April 2022, the United Kingdom is no longer a part of the MFRR mandate due to Brexit. Beginning in May 2022, the MFRR region now also includes Ukraine.

Following the announcement, the Coordinator of the MFRR, Gürkan Özturan, said:

“The significance of defending free expression and the right to access information has once again been reiterated in the past year, with organisations across Europe working tirelessly to monitor, report, support, and advocate for issues related to press and media freedom. In the next 18 months of the Media Freedom Rapid Response we will continue monitoring press and media freedom violations, offering practical and legal support for journalists and media workers, and advocating for free and pluralistic media in EU member states, candidate countries, and Ukraine.”

This wide partnership and scope of action of the MFRR has allowed us to significantly increase our work to defend journalists and press freedom in Europe. All together we have been able, since March 2020, to develop an effective instrument. We recorded 1,341 alerts on our monitoring platform Mapping Media Freedom, we provided legal aid in 41 cases, and practical support to 81 media workers in need. We look forward to continuing the work, we feel that it is increasingly needed.”