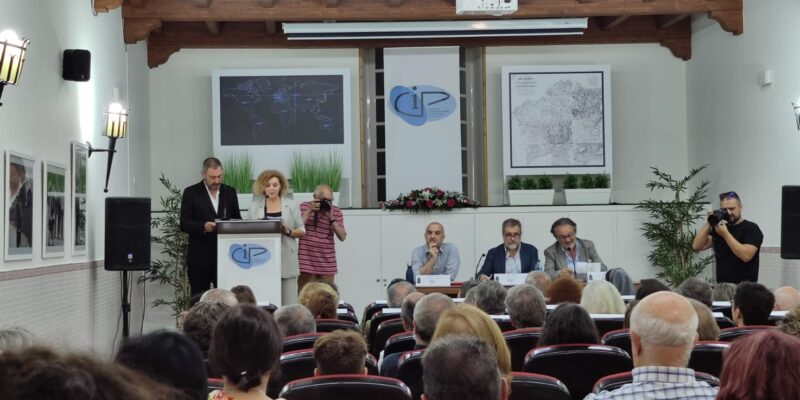 On 9, July 2022, the Santiago de Compostela’s Journalists Association (APSC) inaugurated the International Press Centre of Galicia in the regional capital. The European Federation of Journalists (EFJ) welcomes the inauguration of this meeting point for citizens and media professionals.

Among many representatives from European media organisations and unions, including the IFJ General Secretary Anthony Bellanger, the president of the Spanish Journalists Federation (FAPE), Miguel Ángel Noceda and the APSC president Luis Menéndez were present to lead the event. The newly created centre features a meeting room and a large office space for journalists.

The APSC will run the different activities of the centre and establish its head office there. The facilities will have a public relations and tourist orientation department along with equipment for administration tasks, IT, editing, sound recording, simultaneous translation and video interpretation, among others. The International Press Centre intends to work and provide support in favour of freedom of speech, plurality and independence of the media.

Luis Menéndez said that this House of Journalists is an open, independent and free platform, but also a meeting point for journalists all over the world in these difficult times.

The EFJ President, Maja Sever, congratulated the initiators of the project and called on other journalists’ organisations to follow the APSC’s example. “We need places for exchange and relay to spread the values of free and independent journalism. I wish long life to the International Press Centre of Galicia”.