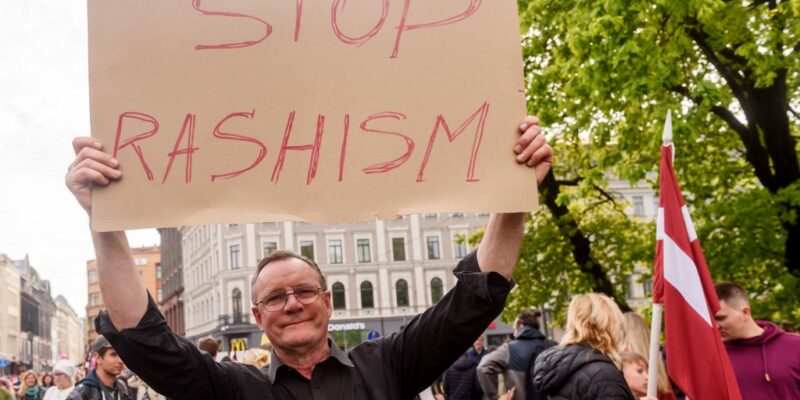 Latvijas Radio vēstīja, Latvia’s public radio station, reported on Monday that Latvia’s intelligence services, Valsts drošības dienesta (VDD) had informed the country’s senior officials about the risks of the increasing activity of Russian journalists and Russian media companies setting up in Latvia. The European Federation of Journalists (EFJ) and the Russian Journalists and Media Workers’ Union (JMWU) call on the authorities in all European countries not to indiscriminately stigmatise Russian journalists in exile.

According to the radio station’s information, since Russia started the war, more than 200 journalists and 23 Russian media outlets have left Russia to settle in Latvia. Some of them have already resumed their work of informing the Russian public on issues which are impossible to cover inside Russia. For example, they can continue to cover the war in Ukraine, a subject that has become impossible for journalists to cover in Russia because of draconian laws, de facto censorship and repression.

VDD says it has identified “risks to the security of Latvia’s information space, as well as intelligence risks related to the fact that the activities of the media are traditionally of interest to Russian special services.”

“We do not question the work of the Latvian secret services and we understand the security imperatives of the Latvian state vis-à-vis Russia, but we consider such public statements, which question all Russian journalists in exile, including those who are repressed by the Russian authorities, to be totally unacceptable,” said EFJ General Secretary Ricardo Gutiérrez. “Europe is currently in a state of anxiety over the war in Ukraine and the scale of war crimes. In this situation, independent journalists, especially those from countries involved in the conflict or from neighbouring countries, are in a very vulnerable position.”

Russian journalists, who were forced to leave their country after 24 February because of threats, are in the same situation as their Belarusian colleagues who were forced into exile two years ago. They left for various European countries, including non-EU countries like Montenegro. But most of them ended up in the Baltic States: in Latvia, Lithuania and Estonia.

For those who have chosen not to abandon their mission to provide balanced information to the public, the situation is particularly difficult. In addition to the many difficult administrative, domestic and financial problems they face, some of them are subject to criminal prosecution in Russia, and their relatives and Russian contacts are under constant threat.

“In such a situation, public statements about the potential danger Russian journalists could voluntarily or involuntarily pose to a host country reinforce the precariousness of their situation. Such statements are absolutely intolerable. It’s pure stigmatisation,” said JMWU Secretary Andrei Jvirblis. “Immediately after the start of the war in Ukraine, the IFJ and EFJ called for support not only for Ukrainian journalists but also for independent Russian journalists. An independent word of truth delivered to readers would contribute significantly to the restoration of peace on the European continent. In the long run it would contribute to the restoration of trust and good neighbourliness between peoples.”