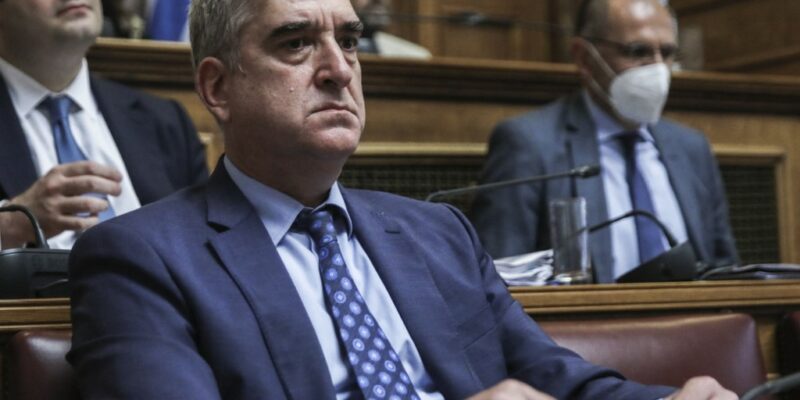 This picture taken on July 29, 2022 shows Greece's then intelligence chief Panagiotis Kontoleon in Athens. He has resigned amid a scandal over alleged spying of journalists and opposition politicians. Credit: Yiannis Panagopoulos / Eurokinissi / AFP.


The European Federation of Journalists (EFJ) condemns the legal actions aimed at muzzling and intimidating the press in the context of the scandal of illegal government practices in Greece, in particular the tapping of journalists and politicians.

The EFJ condemns the abusive legal proceedings launched on Friday 5 August by Grigoris Dimitriadis, resigning adviser and nephew of Greek Prime Minister Kyriákos Mitsotákis, against journalists Thanasis Koukakis, Nikolas Leontopoulos and Thodoris Chondrogiannos, as well as against the website Reporters United and the newspaper EfSyn.

“We demand the immediate withdrawal of these complaints, which are only intended to intimidate the press and prevent the exposure of the illegal and undemocratic practices of those in power in Greece,” said EFJ President Maja Sever.

On 29 July, the Director of the Greek National Intelligence Service (EYP), Panagiotis Kontoleon, who also resigned after the scandal was revealed, admitted to a parliamentary committee that his services had been monitoring journalist Thanasis Koukakis from 15 May to 12 August 2020. It was learned that the journalist had also been monitored by Predator spyware from 12 July to 24 September 2021.

“We call on the Greek judicial authorities to activate judicial investigations into private and public actors, including those close to the Prime Minister, who use Predator software to spy on journalists,” said EFJ General Secretary Ricardo Gutiérrez. “We call on them to shed light on the illegal tapping of journalists by the intelligence services and to identify and convict those responsible. Journalism is not a crime, but obstructing the work of journalists is a crime against democracy.”