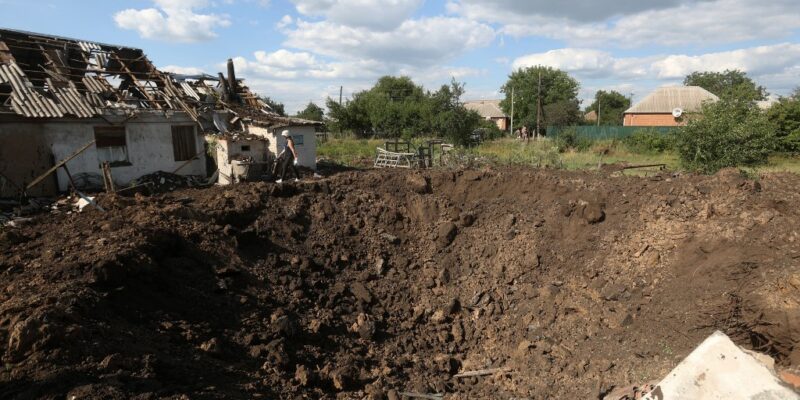 A journalist walks past a crater following a Russian airstrike in the town of Sloviansk on July 19, 2022, amid the Russian military invasion of Ukraine. Credit: Anatolii Stepanov / AFP.

Gleb Golovchenko runs the Ukrainian television company TAK TV, in the Black Sea city of Mykolaiv. In February, Russian forces attempted to invade the city. Despite heavy bombardment, the attack was repulsed. The front line today is scarcely ten kilometres away, but Golovchenko has continued to broadcast – something that has only been possible, he says, because of help from the International Federation of Journalists and the European Federation of Journalists (IFJ/EFJ). 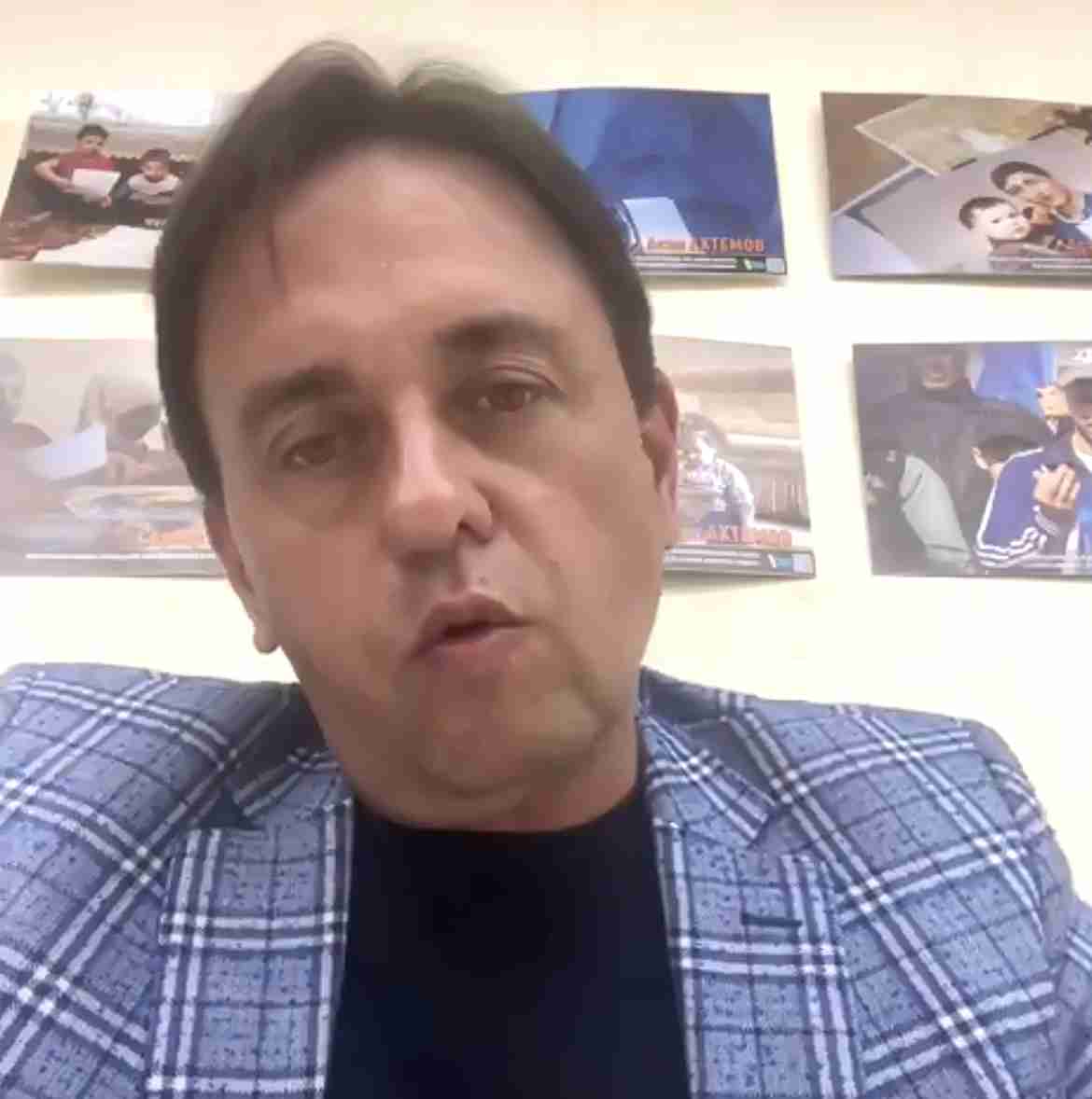 “The bulletproof vest I was given has saved my life,” he says. “We see missiles and shooting every day, so all our reporters need extra protection. I have seen first hand artillery fire landing right next to fellow journalists. If they had no means of protection, it could have ended tragically”.

Golovchenko was one of several Ukrainian journalists, and officials of their union who met over Zoom with the EFJ’s steering committee. They were reporting on the impact of help provided by the IFJ/EFJ to keep the country’s media functioning.

The funds have been collected via a dedicated section of the IFJ’s safety fund, to which donations have been made by affiliate unions and individual journalists from around the world. While the response to date has been significant, the escalating needs are all too evident.

Support from the IFJ/EFJ Ukraine Safety Fund to the National Union of Journalists of Ukraine (NUJU) has allowed it to establish three solidarity centres in the cities of Lviv, Ivano-Frankivsk, and Chernivtsi. This network has recently been expanded to include three further offices in Zaporizhzhia and Dnipro and Kyiv. All six provide journalists with safety equipment (more than 200 have now been kitted out), training, in some cases a desk from which to work, and help finding emergency accommodation, when needed.

Their stories give a flavour of the pressure under which the Ukrainian media is operating.

Tetiana Pisareva, is a TV journalist from Mariupol. She fled to Lviv when her home city was besieged, leaving in haste without her computer or other professional equipment. Until she received help from the IFJ/EFJ she was preparing her scripts longhand.

Maryna Zhyvotkova is a reporter  on the local newspaper in Troitske, in the Ukrainian region of Luhansk – which is currently occupied by Russia. The only way get to Ukrainian-controlled territory is the way through Russia, Latvia, Lithuania and Poland. It takes three days and nights and costs at least €350. The NUJU has provided emergency financial support to make this possible.

“I managed to go to the territory under the control of Ukraine thanks to the support of sponsors, journalistic solidarity and the NUJU,” said Zhyvotkova. “Without assistance, it is almost impossible to make such a journey. Your help has not only saved my life but given me the opportunity to feel at home.”

Radio journalist Roman Kryvko, from Kharkiv said: “I have been working at the hub in Ivano-Frankivsk for over two months preparing daily broadcasts. The Solidarity centre helps not only with a work place, but also provides technical support, thanks to which I can continue to work remotely.”

Alina Kravchenko, a TV journalist from Severodonetsk, moved to Ivano-Frankivsk when the Russian army won control of her city. It is the second time that she has been displaced by a Russian invasion – she lived in Luhansk, that was captured by Russian-backed separatists in 2014 . “It was dangerous for me to leave in the city,” she says. “Now Severodonetsk is occupied, the TV station where I worked is controlled by Russian troops. The Journalists’ Solidarity centre has helped me and cameraman from our TV channel to find the contacts and new job. The support from our colleagues helps us  not to be overwhelmed by the horrors of evacuation”.

Sergiy Tomilenko, the President of the NUJU, thanked IFJ/EFJ, and their affiliated unions for their solidarity and said that it was facilitating a vital flow of news an information through trusted sources.

His hope is to create a dedicated Ukrainian Media Support Fund to provide long-term support once the process of reconstruction begins.

To date the IFJ/EFJ has provided €85,130 to fund the centres, and €30,000 to provide safety training. A further €20,000 will go to the Independent Media Trade Union of Ukraine (IMTUU) to fund a solidarity centre in Lutsk. This funding has also allowed the projects to access €500,000 from UNESCO.

Concluding the meeting, EFJ president Maya Sever said: “The problems of Ukrainian journalists are clearly bigger than we imagined. We have to redouble our efforts help sustain Ukraine’s independent media so that they can survive. These journalists on on the side of truth and I want them to know that we are sending them our strength, courage and love, during this war, as well as whatever financial assistance we can provide.”

Golovchenko, meanwhile said that he was just happy to be able to continue documenting the conflict. His only complaint is the weight of his bullet-proof vest. “I was in the first wave to receive one and mine is one of the older, heavy versions, it weighs in at 16 kilos, which it quite  a load to carry round all day. Hopefully when a fresh supply of lighter ones arrives, I will be able to shed a few kilos”.