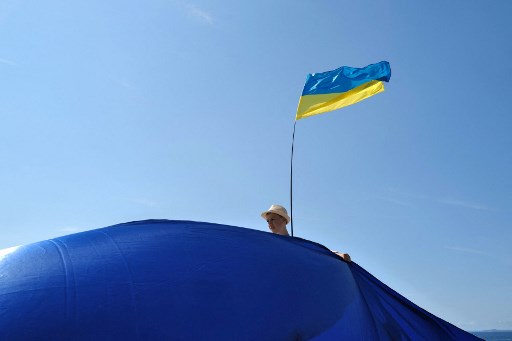 
Today, 24 August, marks both the Ukrainian day of Independence and six months since the beginning of the Russian war of aggression. On this occasion, the partners in the Media Freedom Rapid Response (MFRR) reiterate our continued solidarity with the journalists and media workers who risk their lives and safety to bring the world independent, balanced, and accurate information from the frontlines.

The killing, kidnapping, and other attacks on journalists must stop and those responsible must face justice for their crimes under national and international law. The safety of media workers is essential to inform the world about the realities of the war, including the humanitarian consequences, and to hold the powerful accountable.

In the six months since the invasion, at least 100 media freedom violations linked to the conflict in Ukraine have been recorded on Mapping Media Freedom. Journalists, both Ukrainian reporters and international correspondents, have been actively targeted and killed by the Russian troops. To date the MFRR consortium identified and verified eight journalists who have been killed in the line of duty. They are Yevheniy Sakun, Brent Renaud, Pierre Zakrzewski, Oleksandra Kuvshynova, Oksana Baulina, Maks Levin, Mantas Kvedaravičius, and Frédéric Leclerc-Imhoff. According to the definition and the status of research other platforms and organisations publish higher numbers. Five were killed by gunfire, while the other three were killed by shelling.

There is evidence that at least five more Ukrainian media workers and citizen journalists may have been killed or executed by Russian troops in occupied territory in apparent connection to their profession, though these have not yet been verified and the motive remains unclear. From the beginning of the war, reports emerged of the Russian army intentionally targeting media infrastructure, with many journalists being placed on so-called “wanted lists”. The immediate safety of journalists and media workers on the ground is of paramount importance and must be respected.

The invasion has also seen a complete collapse of the advertising market for news outlets. Without this key source of revenue for media, the long-term financial sustainability of news organisations has been severely threatened. Outlets have been forced to shut down and journalists have been placed on involuntary, unpaid leave. The lack of long-term, sustainable funding mechanisms, combined with an inability to make concrete future plans amid the uncertainty of war, leaves the media landscape severely weakened. In this context, citizens are much more susceptible to manipulative disinformation operations that distort available information, leading public opinion farther from facts and reality.

With the start of the invasion, the MFRR partners joined international efforts to offer support and expand its mandate to cover journalists and media workers in Ukraine. Practical support was offered to cover the immediate needs of journalists in Ukraine to support the flow of information. In addition, the partners initiated new Journalists-in-Residence programmes in Germany and Kosovo with the support of local authorities in both countries.

Despite ongoing efforts and an influx of foreign funding for media, increased support is still needed for journalists on the frontline, for media outlets struggling financially, and for media workers who are forced to work in exile as a consequence of the aggression. We reiterate our support for these independent voices from the region as they remain committed to providing invaluable independent journalism and keep the world informed of what is happening in Ukraine.