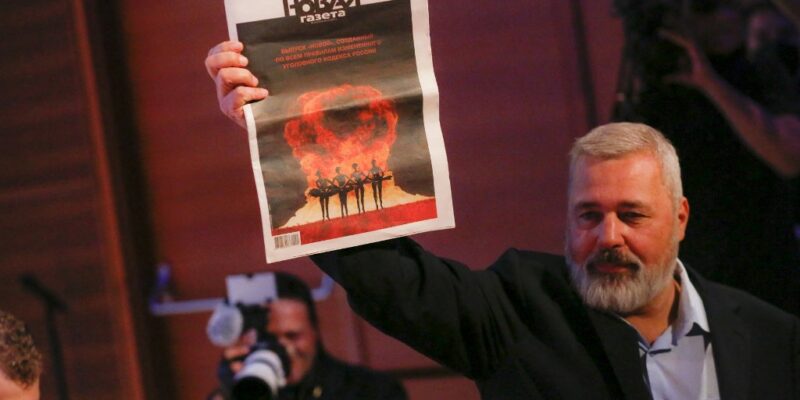 UPDATE (15.09.2022): The Supreme Court of the Russian Federation has ordered a halt to the activities of the Novaya Gazeta website. The decision was taken following requests from Russia’s state-media watchdog Roskomnadzor, which said the newspaper had violated the country’s controversial “foreign agents” law.

The European and International Federations of Journalists (EFJ-IFJ) join their Russian affiliate the Journalists and Media Workers Union (JMWU) in calling on Russian authorities to reverse the recent decision to suspend the printing license of the independent Novaya Gazeta newspaper and stop to censor the outlet and its journalists. On Monday 5 September, a Moscow court granted a request by Russian state media regulator Roskomnadzor to revoke the newspaper’s print license. The newspaper said it would appeal the decision.

Novaya Gazeta stopped printing in Russia on 28 March, after receiving official warnings for allegedly failing to mark materials produced by so-called “foreign agents.” The recent court’s ruling would bar the newspaper from being able to resume printing in the future. Roskomnadzor had accused the publication of failing to provide documents related to a change of ownership in 2006.

Some members of the paper’s staff fled Russia and launched a new outlet, Novaya Gazeta Europe, published from several cities in Europe.

JMWU office secretary Andrei Jvirblis said: “This court decision makes no sense since the editorial staff had itself suspended publication of the newspaper during the so-called “special operation on the territory of Ukraine”. It is a symbolic act by which the Russian authorities distance themselves from glasnost and the values of democracy and freedom embodied by this newspaper. This will not prevent our colleagues at Novaya Gazeta from continuing to do their work, with or without a licence.”

The IFJ and EFJ have condemned this travesty of justice. They demanded that the withdrawal of the newspaper’s licence be revoked.