Belarus: EFJ calls for the release of journalist Pavel Mazheyka 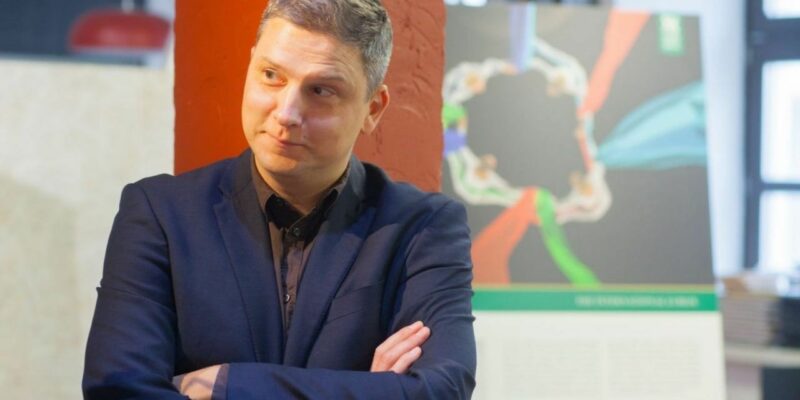 Belarusian journalist Pavel Mazheyka was arrested in Hrodna on 30 August 2022, and remanded in custody on unknown charges. The European Federation of Journalists (EFJ) calls for his immediate release along with 26 other journalists and media workers currently imprisoned in Belarus.

Pavel Mazheyka, 44, is a renowned journalist, who worked for one of the first independent newspapers Pahonia and for Belsat. He is the head of the cultural center “Center for Urban Life” and coordinator of the City Library publishing initiative, which specialised in publishing books about the city of Hrodna and written by Hrodna-based authors.

Considered as one of the first political prisoners of Belarus, Mazheyka was sentenced in 2002 to two years of prison for “slandering” the president in an article published in Pahonia. According to the Belarusian Association of Journalists (BAJ), literary examination of the text repeatedly proved no defamation, but these findings were dismissed. His term was later reduced to one year.

In March 2021, Pavel Mazheyka was detained along with the artist Ales Pushkin in relation to an exhibition. A criminal case was initiated against both of them “for deliberate actions aimed at the rehabilitation and justification of Nazism”. After 72 hours of detention, Pavel was eventually released.

On 30 August 2022, Pavel Mazheyka’s house was searched for more than six hours. The Hrodna police took him to the detention centre where he has been held ever since. No information is known about the reasons for his arrest and the charges against him.

The EFJ joins BAJ in calling for the journalist’ immediate release along with the 26 other journalists currently imprisoned in Belarus. The EFJ calls again on the European Union, the Council of Europe and the OSCE to increase diplomatic pressure against the Belarusian leadership and to intensify sanctions against all agents of repression in Belarus.