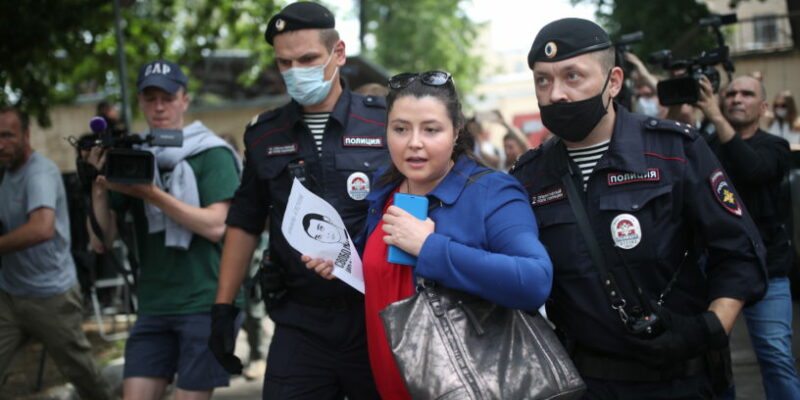 Not surprisingly, the Moscow City Court on Wednesday followed the request of the prosecutor’s office to liquidate the independent journalists’ union JMWU, affiliated to the EFJ and IFJ.

The prosecutor claimed that the trade union’s members did not pay membership fees and that its representatives took part in “unauthorised actions”, including support for Russian journalist Ivan Safronov, recently sentenced to 22 years in jail for alleged treason.

JMWU’s lawyer contested all the charges, demonstrating that the prosecution was illegal and unfounded. But the judge only took into account the prosecutor’s unfounded assertions.

“This court decision will have no effect on our affiliates, who will continue to carry out their mission as journalists by continuing to tell the truth about the situation in Russia. The Russian judiciary is mistaken if it thinks it is putting an end to our professional commitment to serving the public,” said JMWU office secretary Andrei Jvirblis.

“This is clearly a political trial with the sole aim of intimidating independent journalists and preventing them from uniting to expose the multiple and increasing violations of press freedom in Russia,” said IFJ and EFJ General Secretaries Anthony Bellanger and Ricardo Gutiérrez. “This conviction is a travesty of justice and we therefore continue to regard the JMWU as a representative and credible trade union in Russia. The JMWU remains a member of the IFJ and EFJ and we will continue to provide all the necessary support for the continuation of its activities”.