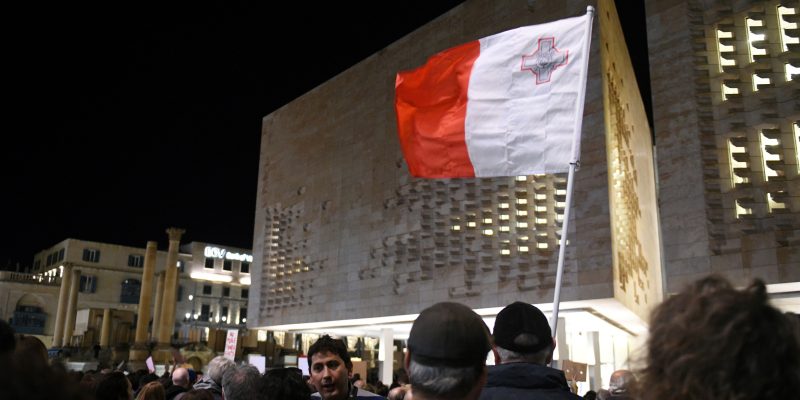 In a letter to the Maltese Prime Minister Robert Abela, the Institute of Maltese Journalists (IGM) denounced “disappointing” and “weak” proposals in the media protection reform presented on 28 September 2022. For several months, the IGM and civil society groups have been urging the government to be transparent in the drafting process and openly consult the public before submitting any bill to the parliament. The European Federation of Journalists (EFJ) backs the IGM’s demands to withdraw the media bills until formal public consultation is launched.

In the letter sent on 10 October 2022, the IGM indicated that it does not support the proposed bills and threatened to withdraw from the Committee of Experts appointed by the government to implement the recommendations of the Public Inquiry into the assassination of Daphne Caruana Galizia.

Drafted in secret, the legislation on media protection put forward by the government, consisting of three bills, fails to address the recommendations of the Public Inquiry, which included the recognition in law of journalism as the fourth pillar of democracy, the need to create an enabling environment for independent journalism and measures to address impunity, corruption and the abuse of power.

“Our colleagues in the media believe the proposals made by the government do not offer the best possible protection to journalists and fail to create the necessary enabling environment,” wrote the IGM in a letter to Prime Minister Robert Abela.

We regret to note that the most salient recommendations made by the Committee were ignored or seriously watered down in the Bills presented by the government. Among these were the constitutional entrenchment of the media and journalism as the Fourth Pillar of democracy and the proposed anti-SLAPP legislation. (…) “If government fails to open meaningful consultation, we will have no option but to withdraw our participation from the Committee of Experts as we cannot continue backing legislation which is weak and does not achieve the best possible result.”

Together with the IGM, the EFJ repeatedly urged the Maltese government to carry out this crucial reform with the greatest possible ambition in terms of content and processes. The IGM will call a council meeting on Thursday to decide on the way forward.