New resources for freelance journalists and media workers in Europe 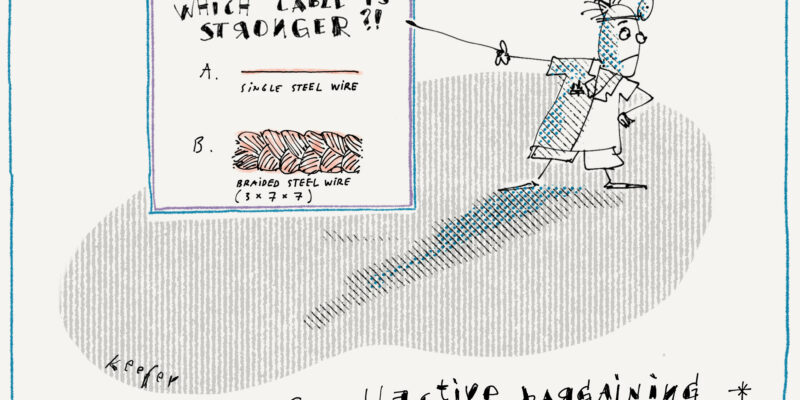 To address these issues, the European Federation of Journalists (EFJ), together with the trade union federations in the Media, Arts and Entertainment sector, launched a blog containing useful information regarding the legal rights of these workers and support provided by their unions and associations.

In recent years, we have developed an ongoing reflection in the framework of our joint project work on how trade unions may meaningfully represent this workforce and uphold their labour rights. Discussions with legal experts have touched upon themes like freedom of association for all workers, including atypical workers; the impact of competition law on collective bargaining on behalf of atypical workers; the potential role of competition law in addressing power imbalances in the sectoral labour market; an inclusive definition of worker to capture new forms of work, etc.

Production and project-based working, as well as the wide range and diversity of workers involved in a given project, mean that multiple short-term contracts and a variety of employment statuses are a common aspect of working in the sector. The concept of “atypical workers” includes workers who are not hired in a conventional way (aka with a labour law contract) but under civil or commercial law, and those working on short-term and part-time contractual arrangements, whether an employment or service-provision contract. Depending on the national context, this includes different types of workers, such as self-employed own-account workers (without employees), workers hired under authors’ contracts…

These workers remain a vital part of the workforce in the sector. They are highly flexible and skilled. Yet, too often they are vulnerable and inadequately covered by the protections offered to workers by labour law and conditions negotiated collectively. For trade unions they are a core, but sometimes hard to reach, group.

This blog is intended as a forum to capture reflections on these topics and bring together ideas and legal thinking relevant to the labour representation of the workers in our sector.

The EFJ, the International Federation of Actors (FIA), the International Federation of Musicians (FIM), and the UNI MEI Global Union for Media, Entertainment & Arts are the European social partners representing workers in the sector across Europe and beyond. It is a sector where the so-called “atypical workers” (i.e. freelancers or self-employed) are a significant part of the picture in the labour market.

Special thanks to the contributors for their thought-provoking blog entries and the illustrator Keefer for the hard work in bringing the ideas to life in his drawings.

Involved in the project:

The blog is developed with the financial support of the European Commission. The contents of this blog do not reflect the official opinion of the European Union. The responsibility for the information and opinions expressed herein lies entirely with the authors. Reproduction is authorised provided the source is acknowledged.