Bosnia and Herzegovina: National and religion hatred online needs to be better investigated 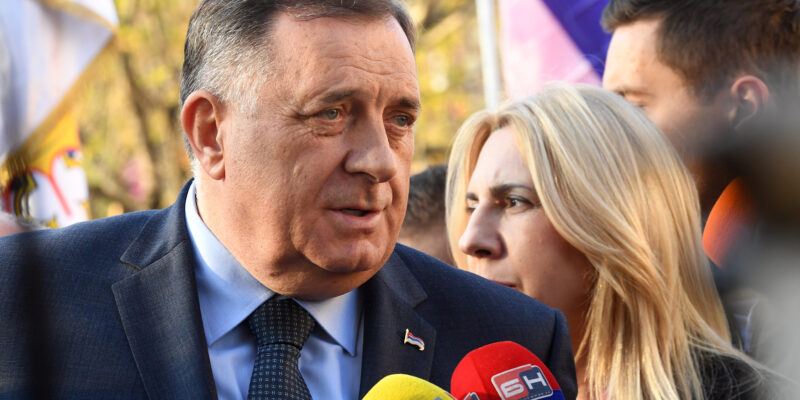 The European Federation of Journalists (EFJ) joined the Steering Committee of the BH Journalists Association (BHJA) in expressing worries and indignation in the face of the rise of hate speech and national and religion hatred online.

In the last couple of weeks, Bosnian journalists Dalija Hasanbegović Konaković, journalist for Al-Jazeera Balkans, and Vladimir Trišić, owner and director of BN Television and its employees, have been the victims of unjustified and heinous attacks online, targeting not only them but sometimes their close family.

In the Federation of Bosnia and Herzegovina, journalist Dalija Hasanbegović Konaković and members of her immediate family were targeted by social media personality Jasmin Mulahusić on Facebook, platform on which he has a blog of a little over 1,000 followers. It is not the first time Mulahusić had attacked the journalist, married the Narod i Pravda party founder and leader Emeldin Konaković. An investigation on the blogger had already been conducted last year by the Prosecutor’s Office of BiH.

In the Republic of Srpska, the second entity of Bosnia and Herzegovina, all members of the media outlet BN Television and the owner Vladimir Trišić have been attacked on Twitter. The channel workers are constant victims of threats and insults on social networks, going as far as calling the BN Television staff “national traitors.” Most of the verbal abuse and online threats are coming from members and sympathizers of SNSD party in the Republic of Srpska, and the most violent ones have been in the case from SNSD president’ daughter Gorica Dodik, who on 12 October 2022 posted pictures on Twitter of High Representative of the International Community in BiH Christian Schmidt and Vladimir Trišić, with the caption “Hitler and his servants.” In a post shared in March on Twitter, she attacked Trišić and his family, claiming that Trišić would “burn people alive” and that he was a “monster.” It is not the first time that the Dodik family, one of the highest political officials’s family in the country, violates the principles of press freedom, nor is it the first time that Trišić is attacked: he was physically assaulted a few years ago in Banja Luka, in an attempted murder.

Attacking close family who are not public figures is in violation of Article 8 of the European Convention on Human Rights and Fundamental freedoms, the “right to respect for private and family life.”

Both cases have been reported to the police and are being investigated by a special unit specialised in cyber attacks.

“BHJA strongly condemns the threats to journalists BN TV and female journalists Dalija Hasanbegovic Konakovic, and we expect that the police and judicial authorities will effectively conduct an investigation and take legal measures against the persons behind these threats. Online threats and hate speech via Facebook and Twitter against media workers in Bosnia and Herzegovina, especially female journalists, is on the rise and is becoming more and more brutal, containing elements of professional and gender-based violence. We expect the Bosnian police and the prosecutor’s office to sanction it,” says General Secretary of BHJA Borka Rudić.

The BHJA demands of the competent authorities that those incidents be investigated fast, and the persons responsible quickly prosecuted and sanctioned. The security of journalists is of utmost importance.