Belarus: EFJ and BAJ demand the release of Sergei Satsuk, sentenced to 8 years in prison 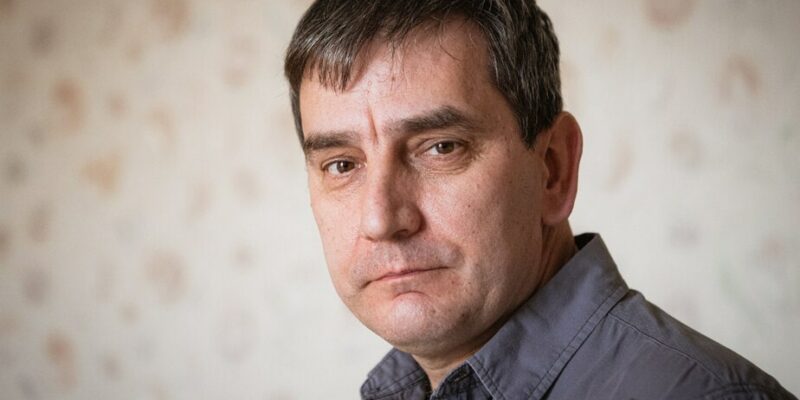 A court in Minsk sentenced investigative journalist Sergei Satsuk to eight years in prison on Wednesday. The European Federation of Journalists (EFJ) and its affiliate the Belarusian Association of Journalists (BAJ) denounce this illegitimate conviction and demand his immediate release.

The 58-year-old was detained in December 2021 after authorities searched his home and office. He is the latest journalist to be jailed in the authoritarian country, which has been ruled by President Alexander Lukashenko since 1994.

Satsuk’s colleagues say he is being punished for investigating corruption scandals that rocked the Belarusian healthcare system, as well as for having published stories about the falsification of Covid cases. When the Covid-19 pandemic struck Belarus, Lukashenko downplayed the dangers of the virus and suggested it was not real.

“The Belarusian Association of Journalists believes investigators and the court arbitrarily prosecuted Satsuk in revenge for his high-profile investigations,” BAJ said on its website, calling for Satsuk’s release.

“The convictions of journalists in Belarus on false pretexts are totally illegitimate, unfounded and just aimed at intimidating media professionals and independent voices,” said EFJ President Maja Sever. “We do not forget the names of the authorities and judges who apply indiscriminate repression on our colleagues”.

The prominent Viasna rights group, whose founder was co-awarded the Nobel Peace Prize this year, has recognised Satsuk as a political prisoner. It says there are currently 1,344 political prisoners in Belarus.

Lukashenko has orchestrated a major crackdown on media and journalists in Belarus after suppressing unprecedented protests against his rule in 2020.

According to BAJ monitoring,32 journalists and media representatives are currently in prison in Belarus, just for doing their job.