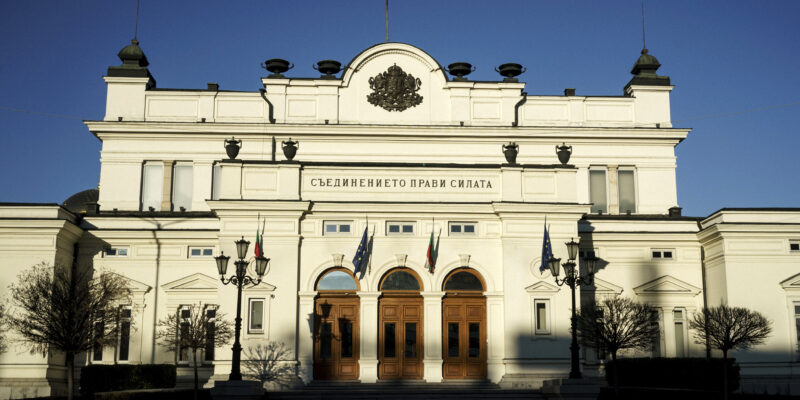 
The European Federation of Journalists (EFJ) joins the undersigned international media freedom and journalists organisations in raising the alarm over a draft law submitted to Bulgarian parliament by the far-right Vazrazhdane (Revival) party which would introduce a Russian-style “foreign agent” law involving potential sanctions for media outlets that receive funding from abroad.

The draft legislation has been developed by the pro-Russian Vazrazhdane party, which became the fourth largest faction in parliament in the recent elections and is currently in negotiations to form a coalition government. While the passing of the law in the current political climate remains doubtful, it nonetheless represents a serious threat to media freedom which the European Commission should closely monitor.

Although the progress of the bill remains stalled for now, the proposal should set alarm bells ringing given the similarities to Russia’s notorious “Foreign Agents Act”, which has been systematically weaponized over the last decade to block and shut down what remained of the country’s independent media and NGOs.

Any efforts to implement such laws in the EU should be resolutely opposed due to their potential to seriously undermine media freedom. No EU member state has passed such legislation, though in 2017 Hungary passed a law which applied to foreign funded organisations and NGOs but excluded the press, which was later found to violate EU law by the Court of Justice of the European Union.

Our organisations fear the adoption of such legislation in Bulgaria could pave the way open for abuse by any government current or future seeking to discredit, stigmatize or defund critical and independent news media. Such a bill would also be highly discriminatory, create a climate of hostility for media investment, and would directly violate EU law.

The draft ‘Law on the Registration of Foreign Agents’ was unveiled by Vazrazhdane on November 2. The law would compel any media outlet which receives over BGN 1,000 (500 euros) a year from a foreign source to register as a “foreign agent” in the Ministry of Justice. Among those to be considered ‘foreign agents’ if designated as such would be a private media outlet’s founders, managers, employees, owners, partners and shareholders.

As well as applying to money coming from authoritarian states like Russia or China, it would also include grants from EU Member States and the United States. The only exception to the rule would be for funding and grants from the EU Commission itself.

The timing of this bill also raises major questions about its motive. We note the proposal comes just over a month after Vazrazhdane party chairman Kostadin Kostadinov attempted to expel four private media outlets – Dnevnik, Capital, Club Z and Mediapool – from a press conference and attacked them for being “foreign agents”, drawing condemnation. All four are funded in part by grants from the U.S. but are widely viewed as being professional and independent sources of news in Bulgaria.

Our organisations find it hard to avoid the conclusion therefore that Vazrazhdane’s ‘foreign agent’ bill appears to be retaliatory in nature and targeted predominantly at media critical of the party’s policies. Another target which would be affected by the law is Svobodna Evropa, the Bulgarian arm of Radio Free Europe/Radio Liberty, which is funded by the U.S Congress.

Although the likelihood of this bill ultimately becoming law is questionable, vigilance will be needed. Legitimate concerns have rightly been expressed about the incompatibility of the bill with either EU law or the Bulgarian constitution. Moving forward, it is vital that democratic parties in Bulgaria coalesce in opposition to the bill and ensure it does not progress in parliament.

We urge Vazrazhdane to withdraw the draft bill and to refrain from future attacks on independent media. Our organisations will continue to monitor the situation closely, warn about further developments, and plan to organise an international press freedom mission to Bulgaria early next year to assess the wider climate for media freedom.