Spain: Professional secrecy in journalism to be regulated by law 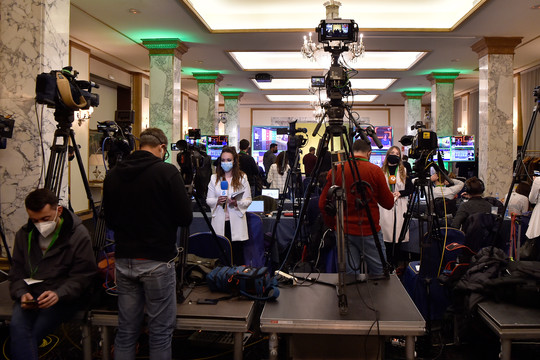 The Spanish affiliates of the International and European Federation of Journalists (IFJ-EFJ) have reached a landmark agreement with the government to regulate professional secrecy and protect the identity of journalistic sources. The IFJ and EFJ have joined their affiliates in welcoming the bill, a reminder that the protection of journalistic sources is a cornerstone of press freedom.

The bill, known as ‘Law on the protection of professional journalistic secrecy’, was tabled in Parliament on 13 December, by means of an amendment presented by the Socialist Parliamentary Group to the ‘Law regulating the protection of persons who report on regulatory infringements and the fight against corruption’. The legislative text, which guarantees that journalists are not obliged to reveal, to any authority or court, the identity of their sources or other facts or circumstances that could lead to their identification, is expected to be approved during the first half of 2023.

“Although the jurisprudence of the Constitutional Court and the European Court of Human Rights has been delimiting the contours of the shape of professional secrecy in journalism, episodes continue to appear sporadically that justify the direct intervention of the legislator, in order to consolidate the legal protection available to journalists when protecting their sources,” the Spanish affiliates said in a joint statement. “Besides strengthening good journalism, this is a necessary tool in the fight against disinformation and fake news,” they added.

In a joint statement, the IFJ and EFJ said: “We welcome this good news and congratulate our Spanish affiliates for their great work. Journalists must not be prosecuted for protecting the identity of their sources or asked to reveal them. It is essential that the law recognises the right of journalists to protect their sources in order to safeguard press freedom, and for journalists to be able to exercise their profession freely.