Assange: IFJ and EFJ co-sign open letter to US President 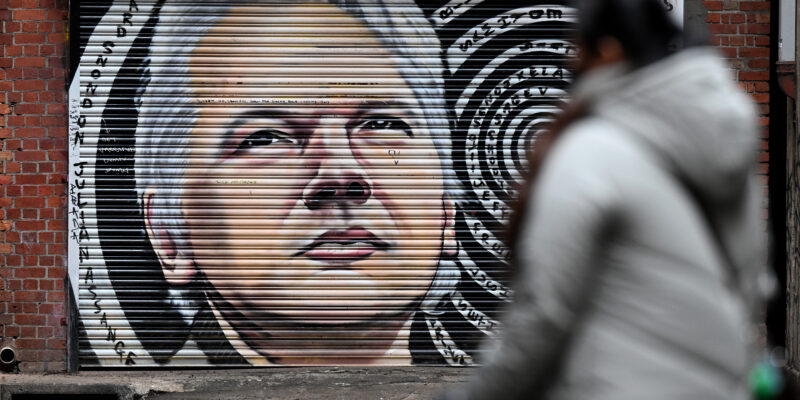 Founder of WikiLeaks Julian Assange is jailed in the UK awaiting extradition to the US to face charges of espionage. If found guilty, he faces a jail term of up to 175 years. Together with EU lawmakers, Assange’s wife Stella and organisations defending press freedom and human rights, the International and European Federation of Journalists (IFJ-EFJ) have co-signed an open letter to US President Joe Biden asking him to pardon Assange.

Theletter has been released in the week that Stella Assange will represent her husband, a nominee for the Sakharov Prize 2022 for Freedom of Thought, at the plenary of the European Parliament in Strasbourg, France.

The US President isfacing growing pressure to drop charges against Assange. On 28 November 2022, the first media outlets to publish WikiLeaks material 12 years ago – The Guardian, the New York Times, Le Monde, Der Spiegel, and El País –came together to publicly oppose Assange’s persecution and urge the US government to drop all charges against him. They published anopen letter, under the title ‘Publishing is not a crime’, which called the prosecution a direct attack on media freedom.

On 8 October 2022, IFJ President Dominique PradaliéjoinedNational Union of Journalists (NUJ) activists in the UK and Ireland, forming a human chain around the Palace of Westminster to oppose Assange’s extradition. The IFJ backed the global mobilisation and called on all journalists’ unions, press freedom organisations and journalists to mobilise and express their solidarity.

On 17 June 2021, following the UK’s decision to extradite Assange, the IFJ together with its affiliate in Australia, the Media Entertainment and Audiovisual Alliance (MEAA),called on the government to lobby for the dismissal of all charges against Assange.

We are gravely concerned about Assange’s health and the impact his continued detention has on media freedom and the rights of all journalists globally. The IFJ has launched a global campaign calling on the US government to drop all charges against him and asking all media unions and press freedom organisations to urge their governments to secure Assange’s release.

“Irrespective of personal views, his extradition will have a chilling effect, with all journalists and media workers at risk,” the IFJ says. “The case sets a dangerous precedent that members of the media, in any country, can now be targeted by governments, anywhere in the world, to answer for publishing information in the public interest,” it adds.