Macedonia: Tomislav Kezarovski has been put in jail 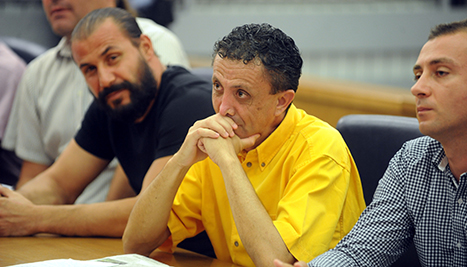 
Update (16/01/2015): Tomislav Kezarovski has just been put in jail this Friday evening

The European Federation of Journalists (EFJ) today expressed deep concern about the sentencing of Macedonian journalist Tomislav Kezarovski to two years in prison by the Skopje Court of Appeal.

Kezarovksi, an investigative journalist at the daily Nova Makedonija, has been in detention and then under house arrest since 28 May 2013 for an article he wrote in 2008 for Reporter 92 magazine in which he allegedly revealed the identity of a witness in a murder case.

The Court of Appeal lowered today the sentence of the Primary Court from 4,5 to 2 years of imprisonment. Kezarovski is currently under house arrest waiting for the outcome of the legal procedure. He is supposed to be imprisoned again for several months, as he is detained since 19 months.

“He just did his job. He should never have been imprisoned for the charges against him. This decision is a real shame for the country”, said the president of the EFJ, Mogens Blicher Bjerregård. “Today’s excessive verdict sends a message of censorship to other journalists in the country. Elsewhere in Europe, journalists are allowed to carry out investigative reporting of issues in the public interest free from the threat of imprisonment. We will strongly report this case to the intergovernmental organisations dealing with Media Freedom”.

The AJM called on “the domestic and international organisations, institutions and individuals, to strongly condemn the unfair and legally unfounded verdict against Kezarovski”.