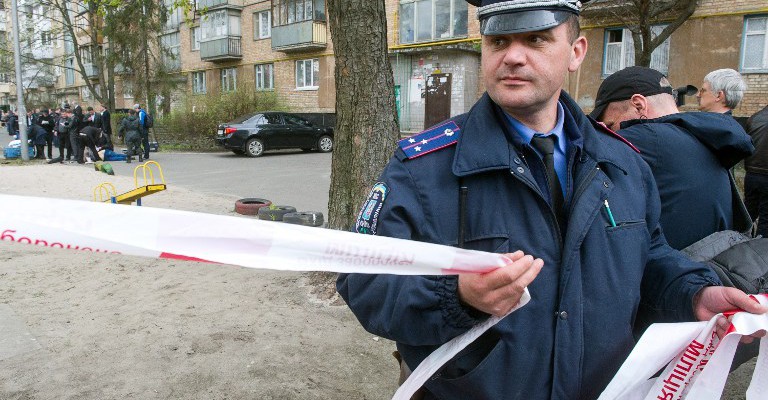 Sergiy Tomilenko, First Secretary of NUJU, considered that “ there have to be quick and prompt investigation of the murder of Oles Buzyna to end speculation around this case”.

According to media, the Department of Public Relations Research Affairs of Ukraine in Kiev reported that Buzyna was shot at around 12:20 (CEST) in Shevchenko district, near his house. The Interior Ministry, Anton Herashchenko, claimed that the gunmen escaped in a dark blue Ford Focus car with a foreign license plate.

Buzyna was a controversial figure in Kiev as a journalist, TV presenter and former editor-in-chief of the Russian language Kiev-based newspaper Segodnia. He was known for his pro-Russia views and was a key witness in a criminal case related to a pro-Russia rally in Kiev. Previously in 2012 he had run for a seat in parliament on the Party of the Regions ticket.

“We are shocked by the killing of Oles Buzyna. Our thoughts are with his family and friends,” said the IFJ President Jim Boumelha. “Controversial figure or not, journalists must never be targeted for their reporting or their views. The IFJ urges a swift and independent investigation to bring the perpetrators of this shocking murder to justice. ”

Mogens Blicher Bjerregård, the EFJ President, said “The continuous targeting of journalists must stop. All responsible governments and international institutions must fulfill their obligations and commitment to ensure the safety of journalist and fight against impunity especially in times of conflict.”

Buzyna’s murder is being linked to the killing of former parliament deputy Oleg Kalashnikov, shot down hours earlier. Kalashnikov was accused of orchestrating anti-Maidan violence under Yanukovich.

Yuriy Lukanov, President of IMTUU, stressed that “the numerous beatings, torture and killings of journalists during Maidan and Revolution of Dignity, which have not been properly investigated and which guilty were not punished – now generate a new wave of violence against journalists. Impunity for crimes creates a new wave of crimes”.