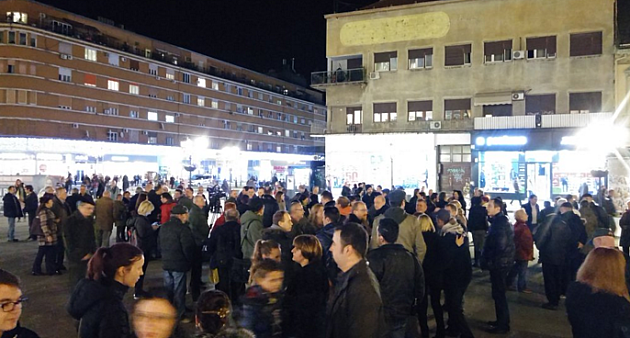 
Over three hundred journalists and media workers have gathered on Monday (11/01/2015) in several towns in Serbia for the third time, calling for the dismissal of the Defence Minister, Bratislav Gasic, who made a sexist remark to a female reporter in December 2015. The protest named “Journalists do not kneel” occurred in front of the Serbian government building in Belgrade, as well as Novi Sad, Nis and several other cities.

Back in December, the Prime Minister of Serbia, Aleksandar Vucic, announced that he will dismiss Gasic for his inappropriate remark following a series of protests from journalists. Yet Gasic is still in office to date.

The European Federation of Journalists (EFJ) together with his affiliates (UNS, NUNS, SINOS) have previously called for the dismissal of Mr. Gasic, and expects Serbian authorities to fulfill their promise.