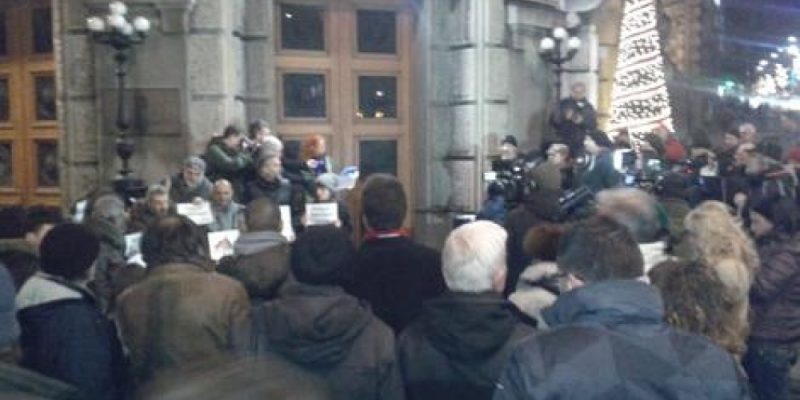 
The Minister of Defense in Serbia, Bratislav Gasic, was finally sacked following months of protests for his offensive remarks made towards a female journalist from B92 Television during a conference on 6 December. The European Federation of Journalists (EFJ) welcomes the decision although it was overdue.

On 6 February, 195 members of the National Assembly of Serbia voted to replaced Gasic due to sexist remarks towards the journalist of TV B92. Following the incident, the EFJ affiliates (UNS, NUNS and SINOS) together with civil society organisations have been calling for Gasic to be sacked.

However, journalists have organised several protests before the government finally made the decision to sack Gasic.