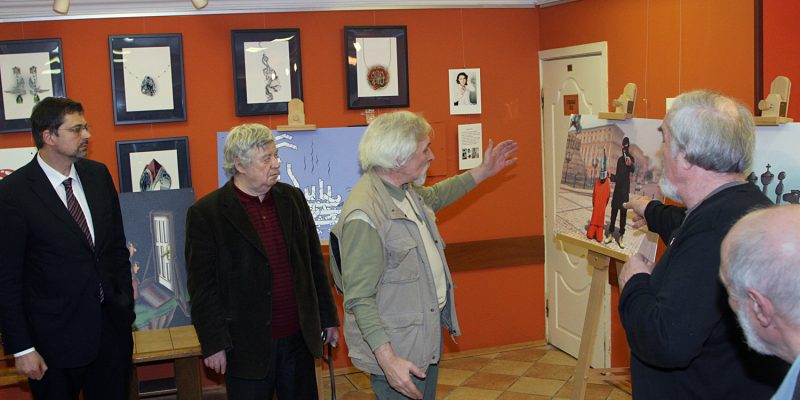 
Russian Union of Journalists (RUJ), a member of the European Federation of Journalists (EFJ) together with the UN Information Center in Russia had a round table discussion at the Moscow Journalist House on 28 April to celebrate the World Press Freedom Day.

RUJ president Vsevolod Bogdanov stressed in his opening speech the importance of press freedom and professional solidarity. Director of UN Press Center in Russia Vladimir Kuznetsov, representative of UN High Commissioner for Human Rights in Russia Rashid Alluash and representative of the Commission of the Russian Federation for UNESCO Nikolay Khaustov, talked about the history and the importance of World Press Freedom Day and Guillermo Cano Award.

Glasnost Defense Foundation (GDF) president Alexey Simonov talked about challenges for press freedom in Russia, GDF monitoring director Boris Timoshenko talked about data base on violence on journalists rights and about fighting double standards in safety work. RUJ secretary and the EFJ vice-president Nadezda Azhgikhina reported about EFJ General Meeting in Sarajevo which took place on April 25 and 26 and the dialogue with Ukrainian professional organisations. The round table ended with a presentation of political cartoon exhibition in Moscow at the Journalist House.