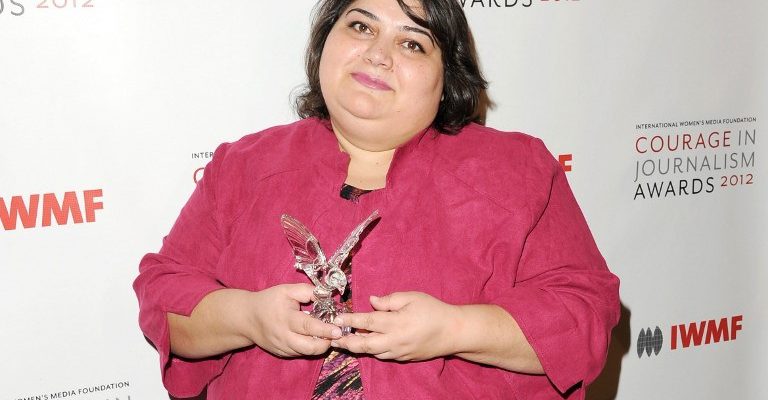 
The International and European Federations of Journalists welcome the Azerbaijani Supreme Court’s decision today to release investigative reporter Khadija Ismayilova, who had been imprisoned on trumped-up charges since December 2014. The court converted Ismayilova’s jail term into a three-and-a half-year suspended term.

Khadija Ismayilova has already served 1.5 years in prison, held on politically motivated charges for her work exposing corruption. She now faces 3.5 years on probation, and a two-year ban on professional activities.

In September 2015, the Baku Court of Serious Crimes sentenced Ismayilova to seven-and-a-half years in prison on tax evasion and large-scale embezzlement charges.

The IFJ and EFJ call on Azerbaijani authorities to fully restore Kadija Ismayil’s rights, including her ability to work, and to release the three other journalists in prison in Azerbaijan:

Ismayilova’s arrest was condemned by the OSCE Representative on Freedom of the Media Dunja Mijatović, the Parliamentary Assembly of the Council of Europe President Anne Brasseur, the US Department of State, Amnesty International, Human Rights Watch, Freedom House, RSF, the IFJ, the EFJ, Index on Censorship, the CPJ and many others. For most of these organisations, the arrest of Ismailova is nothing but intimidation, part of an ongoing campaign aimed at silencing free and critical voices in Azerbaijan.