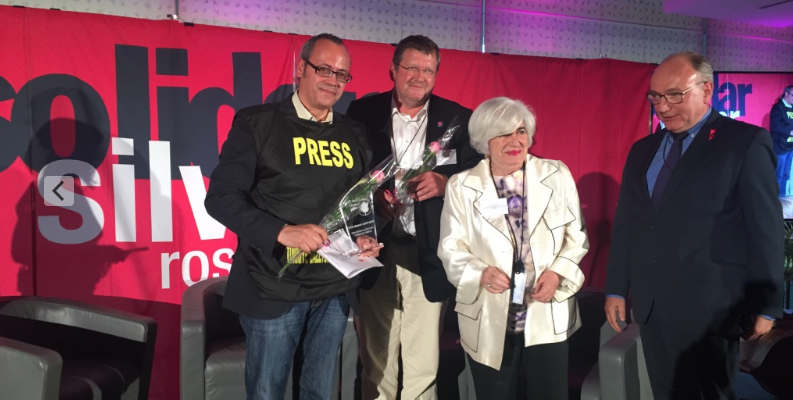 
This year’s edition of the Silver Rose Awards took four highly prevailing political choices: Among the winners is the Journalists Union of Turkey (Türkiye Gazeteciler Sendikasi, TGS), which supports jailed journalists and promotes solidarity between journalists in Turkey and abroad.

TGS President Uğur Güç came to Brussels to receive the prize at the European Parliament.

“It’s really a great honor for all of us in Turkey to receive this prize from SOLIDAR network and especially at the European Parliament in Brussels given the challenges we are facing to defend our freedoms and to fight for our rights against an oppressive system for all human rights defenders. The Silver Rose Award for TGS will certainly give major moral support to all journalists and trade unionists in Europe and is highlighting an excellent example of transnational campaign run by TGS team in Istanbul and EFJ–IFJ team in Brussels to foster professional solidarity and to develop trade unionism”, said Uğur Güç.

The prize is annually handed out by SOLIDAR, the European network of 60 Civil Society Organisations working on social justice worldwide.