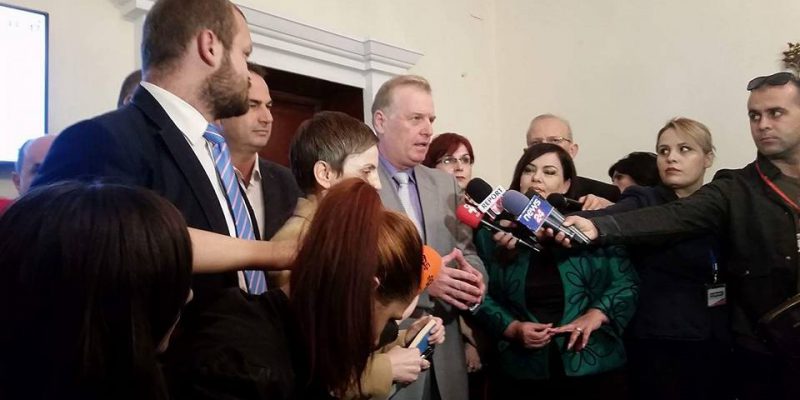 The European Federation of Journalists (EFJ) together with its affiliate, the Association of Professional Journalists (APJ) in Albania expresses firmly its disappointment and concern for failed Commission hearing in the Albanian Parliament. The session was planned for today, where a hearing was organised at the Commission of the media with the former director of the TV Channel A1News. Alida Tota, who was sacked due to an investigative report made last August. The investigation was about the tragic death of a 17-year-old man Ardi Gjoklaj, who was illegally working at a landfill under supervision of the Municipality of Tirana.

The Association of Professional Journalists of Albania had made a request to the Parliamentary Committee on Education and Means of Public Information on 20 September 2016 to examine the case. The Media Commission decided to hold a hearing on 26 October 2016 and invited former news director of A1News Alida Tota and a representative of APJ, journalist Aulon Kalaja.

Chairman of the Media Commission, Genc Pollo (opposition’s MP) accused Prime Minister Rama for blocking the session, noting that he is seeking to close the case of the murder of minors [by obstructing journalists]. Deputy Chairman of the Commission Alfred Peza (majority’s MP) considered the hearing as a cause to amplify the opposition’s anti-government stance. The APJ considers the failure of hearing a clear illustration of censorship on the freedom of expression of journalists in Albania. It is important to note that even when invited officially to have their say in the institution that represents the will of the people, as is the Parliament The Albania, they are denied that right.