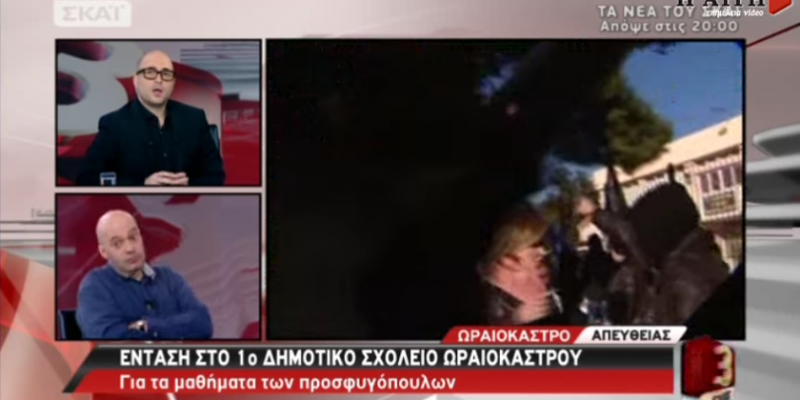 
On 27 February 2017, the European Federation of Journalists submitted the following alert to the Council of Europe platform for the protection of journalism and the safety of journalists:

On 20 February 2017, two journalists were harassed by far-right wing protesters while reporting live in Thessaloniki, Greece. Maria Travlou, who works for the public broadcaster ERT3, and Eleni Latrou, for the private station Skai TV, were insulted and stopped from doing their job by some men and women part of the so-called “Patriots’ Organisation” demonstrating outside a school. They were preventing refugee children from attending classes.

The protesters covered the camera lens with their hands and shouted at the journalists, ordering them to leave the place. The anchor decided to stop broadcasting the scene after a few minutes.

See here the video of the scene broadcasted by Skai TV.

Read the Union of the Editors of Daily Newspapers of Macedonia and Thrace statement (in Greek only).