How to deal with fake news? Debate in European Parliament 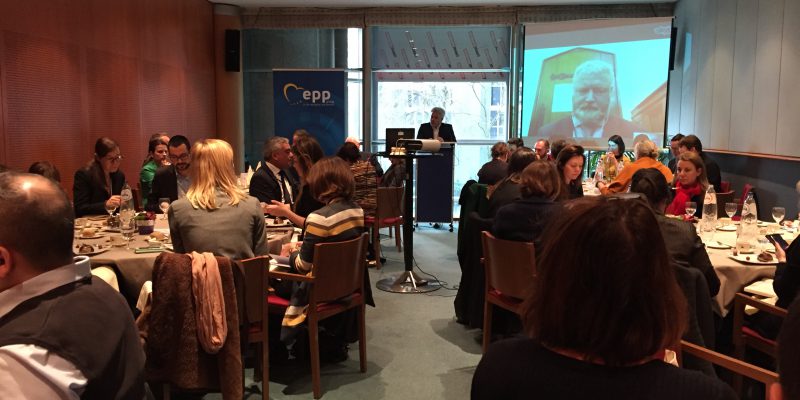 
MEP Michal Boni (EPP, Poland) together with The Guardian Media Group launched a discussion ”News: fact or fake?” on March 7 in the European Parliament. During the meeting experts, moderated by a senior editor from the Guardian – Dan Roberts, discussed how the new technologies change the business model of news reporting and how the fake news and filter bubbles do impact  democracy.

Michal Boni stated at the beginning of the meeting that it is important to understand how to react to fake news. He explained:

“We don’t need censorship tools, instead we need to promote the better understanding of fake news phenomenon.”

One of the speakers Lord Richard Allan, Director of Policy for Europe in Facebook, pointed out three categories of fake news that social media platforms are dealing with: clickbait articles, that are aimed to generate traffic, the deliberate disinformation campaigns, mostly from fake accounts and disputed stories. If the first two categories are easier to deal with, the third one is challenging to identify. For that matter Facebook is planning to use the third party, who would decide if the story is true or fake.

Bartosz Wieliński from Gazeta Wyborcza said that the current situation in Poland provides the fertile ground for fake news: independent journalists don’t have enough power and resources to check fake news and the government exploits the division between the journalists. He stressed the crucial role social media websites play in the process of countering fake news.

Josef Drexl from the Max Planck Institute of Munich University explained that in many occasions the regulators have an outdated information on the Facebook algorithms. He suggested that the traditional media should create their own eco-system online: high quality media and digitalisation are essential to fight the fake news. The environment is defined by artificial intelligence.

Michal Boni in his conclusion stressed the importance of quality professional journalism, media literacy, accountability for social media, technical solutions and better  cooperation among all stakeholders.