Creation of the Belgian support committee for Mathias Depardon 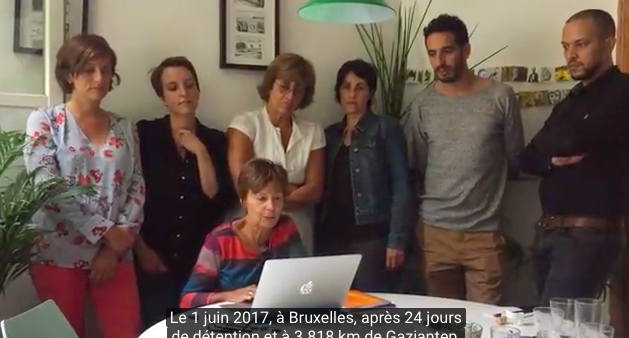 
On 1 June 2017 in Brussels, after 24 hours of detention and 3,818 kilometres from Gaziantep, the family and friends of Mathias Depardon, the French journalist imprisoned in Turkey, came together to form a Belgian support committee. Mathias Depardon lived in Brussels for around ten years and completed his journalistic and photography studies there.

The Belgian committee welcomed the interview that took place on 25 May between the French President Emmanuel Macron and the Turkish President Recep Tayyip Erdogan, which is regarded as a first step in the right direction. Further to this meeting, an initial consular visit took place and telephone contact was permitted between the journalist and his lawyer.

The committee praises the efforts of Mr Christophe Hemmings, the French consul based in Turkey, as well as those of all the organisations, media and individuals who are taking action to push for Mathias’ release. However, to date, there is no information indicating Mathias’ imminent release, which justifies an increase in campaigning.

To this end, the Belgian committee is planning an action in Brussels on 12 June 2017 to raise Belgian and European awareness of the alarming situation facing Mathias Depardon and all the other journalists arbitrarily imprisoned in Turkey.