European Parliament: fighting racism and xenophobia in the media 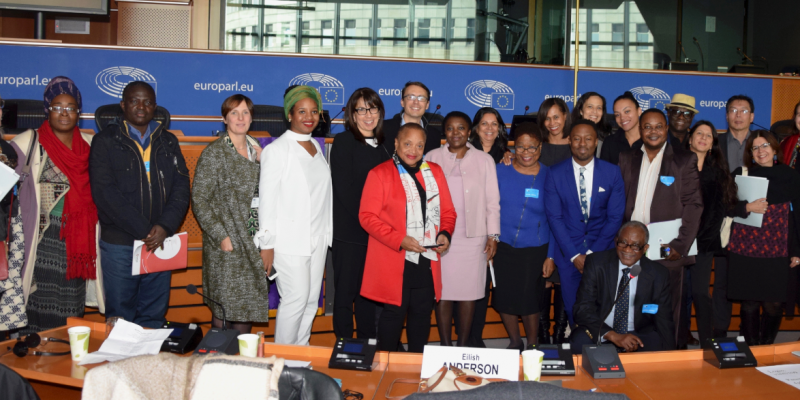 ‘Race, racism and xenophobia in a global context III’ was the topic of  conversation on 9th November, in a conference organised by Italian Member of the European Parliament (MEP), S&D Cecile Kyenge in collaboration with New York University (NYU). EFJ director Renate Schroeder attended the conference, to speak about the ever more challenging role of journalists in an age of increased racism and hate speech.

Opening the conference, the organisers addressed the representations of people of colour in public space and the media. Speaker Debora Spini from NYU Florence argued that right-wing media portrays a racialized narrative of Islam, in which people of colour and ethnic minorities pose a dangerous threat to Western women.

Representations of people of colour in the media need to change, according to panel speaker Chiara Adamo, head of the Fundamental Rights Policy Unit and Director-General for Justice and Consumers at the European Commission. Adamo emphasised how statistics are soulless, and instead, the faces of refugees, migrants and people of colour need to be shown in the media. She also highlighted how the media gloss over the significance of white supremacy in descriptors such as “alt-right”, “white nationalist” and “conservative”, and called for increased education on media literacy.

It is not just the way that media report on issues of race and ethnicity which are troubling but also how journalists with minority ethnic and racial backgrounds are targeted. Adamo highlighted the video of Swedish journalist Alexandra Pascalidou. The video depicts how Pascalidou, who is originally a migrant, has received brutal threats of violence because of her origin. This demonstrates the dangerous effects of how reporting on migrants is reported, according to Adamo.

Both Adamo and Schroeder explained how the trend towards digitalisation in journalism has increased incidents of hate speech. Schroeder argued that internet sites and social media networks need to take responsibility for the information they publish. Journalists play a crucial role in the narrative told of ethnic minorities and people of colour, Schroeder acknowledged, giving examples of excellent journalistic works show-cased at the Media against Hate project but unfortunately often not appearing in mainstream media.

The need for media diversity in the newsroom to reflect multi-ethnic and diverse societies is a must if we want to achieve a balanced and nuanced media coverage on issues of diversity, migration and integration. However, the state of reduced newsrooms, precarious employment and 24 hour news cycles make it very difficult for journalists to fulfil this role or engage with the audience. Schroeder quoted studies which have shown that, although hate speech has increased, journalists who tackle this – and who are also the victims of hate speech – find no support in the newsroom.

The EFJ is committed to tackling hate speech in the media. The #MediaAgainstHate platform campaigns to counter hate speech and discrimination by promoting ethical standards, and the EFJ also participates in the Ethical Journalism Network which has a 5-point test to help journalists tackle hate speech. After all, the EFJ believes that “as hate speech and stereotypes targeting migrants proliferate across Europe, balanced and fair media reporting is needed more than ever.”

Schroeder appealed to the European Commission to integrate the outcomes of all the different excellent  projects on how to tackle racism and hate speech  in a larger EU action plan.

A video stream of the entire conference can be found here

EFJ statement on Media Against Hate